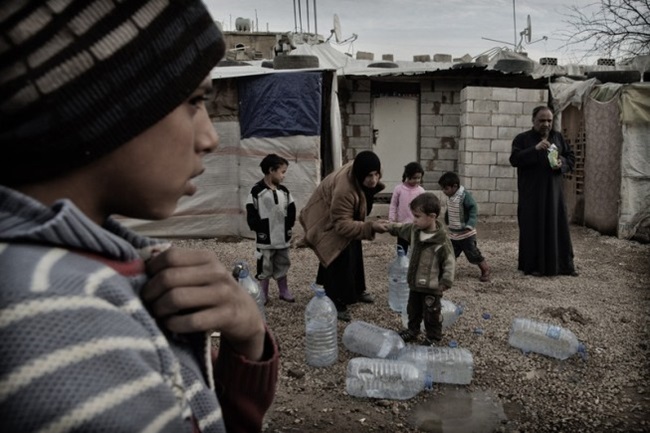 In an extremely tough financial year for Oxfam the charity spent an extra £3.6 million on responding to humanitarian emergencies and helping people living in poverty worldwide.

Oxfam’s annual report reveals the amazing news that last year (2011/12) the charity helped 13.5 million people in 54 countries and responded to 27 humanitarian emergencies. And it did this when its income fell by a staggering £17.6 million.

Julian Rosser, Head of Oxfam Cymru said: “It has been a tough year financially for Oxfam, as it has been for the UK in general.  In the face of this, Oxfam has continued to support those in need across the world, responding to another year of extreme weather and devastating global events.  Right now we are putting significant resources into helping the people of Syria, who are caught up in a humanitarian crisis of staggering proportions.  Violent conflict has forced over eight million Syrians from their home, nearly 1.5
million of whom are now refugees in neighbouring countries”

Like the rest of the UK, Oxfam has felt the pinch of the financial crisis, with funding down significantly. Shop donations and sales are down and fundraising income has dropped.

Julian Rosser, added, “After several years of pressure on household incomes, people are buying fewer new clothes and other items, which has a knock-on effect on the quantity and quality of donations to our shops.  We need confidence in the UK economy to return – not least to help the many people in the UK who are struggling financially.  We also urgently need people to donate any unwanted clothes, books and home wares to Oxfam, every item helps.”

This has happened during a year of huge global need and so the demand on Oxfam’s resources has increased. Last year’s world events put an unprecedented stretch on Oxfam with emergencies in 23 countries including Syria, Yemen and West Africa. This is why Oxfam is appealing for further generosity from the public, particularly an urgent appeal for donations towards our emergency response in Syria. Violent conflict has forced over eight million Syrians from their home, nearly 1.5 million of whom are now refugees in neighbouring countries.  However,
the £35m estimated cost of Oxfam’s Syria response is just 27 per cent funded so far.

Please be assured that Oxfam makes the most of every penny you donate.  For every £1 donated to Oxfam, 84p goes directly to our emergency, development and campaigning work.  Just 9p goes to support costs and 7p is invested in fundraising.

Oxfam’s work in the past year has helped: