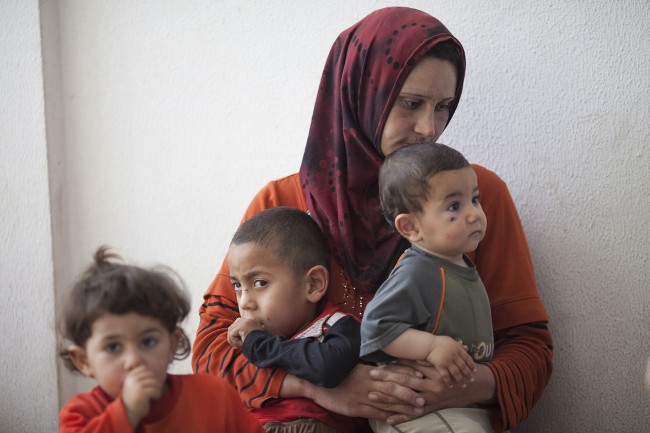 Research in Lebanon shows many families fled Syria because they feared for their lives, yet their safety and security remain under threat.

A recently published report by the international aid agency, Oxfam and the Beirut-based ABAAD-Resource Centre for Gender Equality finds that women are bearing the brunt of the refugee crisis with the majority of the women interviewed saying they had resorted to desperate measures to survive.

Many women are regularly going hungry so their children and husbands can eat. Around 90 per cent of women interviewed said they regularly skip meals because there is simply not enough food to go round.

The report,
Shifting Sands, studies the different pressures facing men and women refugees from Syria living in Lebanon and finds that the roles of both women and men refugees have changed.

According to the report, women are facing increasing domestic violence as their husbands struggle to cope and lash out at their wives. Many Syrian men refugees feel under pressure because they feel unable to fulfil their traditional role as family providers and protectors. Greatly reduced employment opportunities mean that families are reliant on humanitarian assistance, such as food coupons and cash support for rent, and men end up feeling they are letting their families down.

While many hoped to find comparative calm after fleeing the bloody conflict in Syria, the refugees interviewed say they and their families now face a future of uncertainty and fear for their health and personal safety.

Outside the home, some widows or unmarried women say they live in fear of kidnapping, robbery, attacks and sexual harassment and this fear for their personal safety was often restricting their movement.

According to the report in order for the humanitarian response to have maximum impact for refugee populations in Lebanon, gender analysis should be built into all stages of programming and across all sectors.