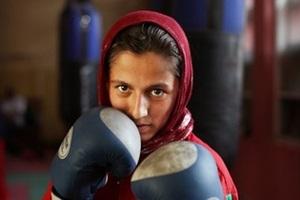 Last week we saw Wales top their group in Euro 2016 before winning 1-0 against Northern Ireland to make the quarter-finals.

To say that the people of Wales are happy is an understatement. It’s been over forty years since Wales made it this far in a major international football tournament and football-fever has gripped the nation.

Iceland is another team celebrating; they have also made it through to the next round and just last night knocked England out of the competition. Interestingly, Iceland has approximately the same population as Cardiff, fewer than 350,000 people. This really highlights their achievement, especially when you compare them to a country like, say Germany, who have a population of about 80 million and have reached the final of the Euros six times. In the midst of all this excitement I find myself reflecting on the fairness of international sport tournaments.

The Rio 2016 Olympics will be starting in less than seven weeks. How fair are the Olympic Games? In January 2016 Oxfam reported that the richest 1% of the world population now has the same wealth as the remaining 99%.

What impact do global inequalities have on how countries are represented in the Olympics and Paralympics? At London 2012, Sierra Leone took two athletes; the United Kingdom entered 556 athletes.  Does this seem fair?

What about refugees? What chance do people have at sporting success when they are forced to flee their homes and countries? Earlier this month the Olympics committee announced that a team of 10 refugees would be entered as an Olympics team for the first time ever, as a symbol of hope for refugees worldwide and bring global attention to the magnitude of the refugee crisis. Do more rules need to change to ensure fairness and equality?

A Sporting Chance? is a new schools resource for 9-14 year olds which helps young people think critically about these factors which can affect a country’s chance of winning a medal or participating in an Olympic sport. Learners can also investigate different people’s views of the Olympics and find out more about the host city, Rio de Janiero, where inequality is a significant issue. There are separate session plans for English, Welsh, Geography, Maths and PE, and the resource is available in both
Welsh and English  – many thanks to the Global Learning Programme Wales for supporting us in translating this resource.

If you’re a teacher I’d love to hear your feedback. Please send me your thoughts to oxfamcymru@oxfam.org.uk . Thank you.