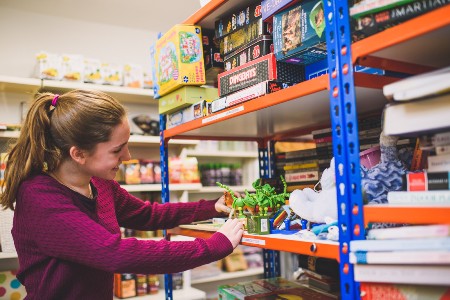 On 4 May 2017, people across Wales have a chance to have their say on how their local area is run.

As well as looking after a huge range of services, local councils also employ a vast number of people, both directly and indirectly.

In Wales, 700,000 people are living in poverty, and many of these people have jobs. Wales has a particular issue with low pay, and more than a fifth of workers in Wales are earning less than the Living Wage. The Living Wage is a voluntary pay rate, which is set independently based on the basic cost of living. The Living Wage is £8.45 an hour.

We have spoken to workers across Wales about the Living Wage, and the impact it can have on everyday life. “Before I had to have two jobs to meet a certain amount a month to make ends meet and having a bit extra to spend on my child. My daughter likes to go to the swimming pool occasionally or go to Starbucks! So I had two jobs, but it meant a lot of rushing around. Picking her up from school, rush her dinners through, then wait for her brother to come home when I had to go back to the other job then come back home late and then being really too tired to interact with
her“.

We know that the Living Wage will not eradicate poverty, but it is an important part of the solution. Work can only offer an effective route out of poverty if the income available is enough to cover the basic cost of living.

We want a Wales where everyone is paid at least the Living Wage.