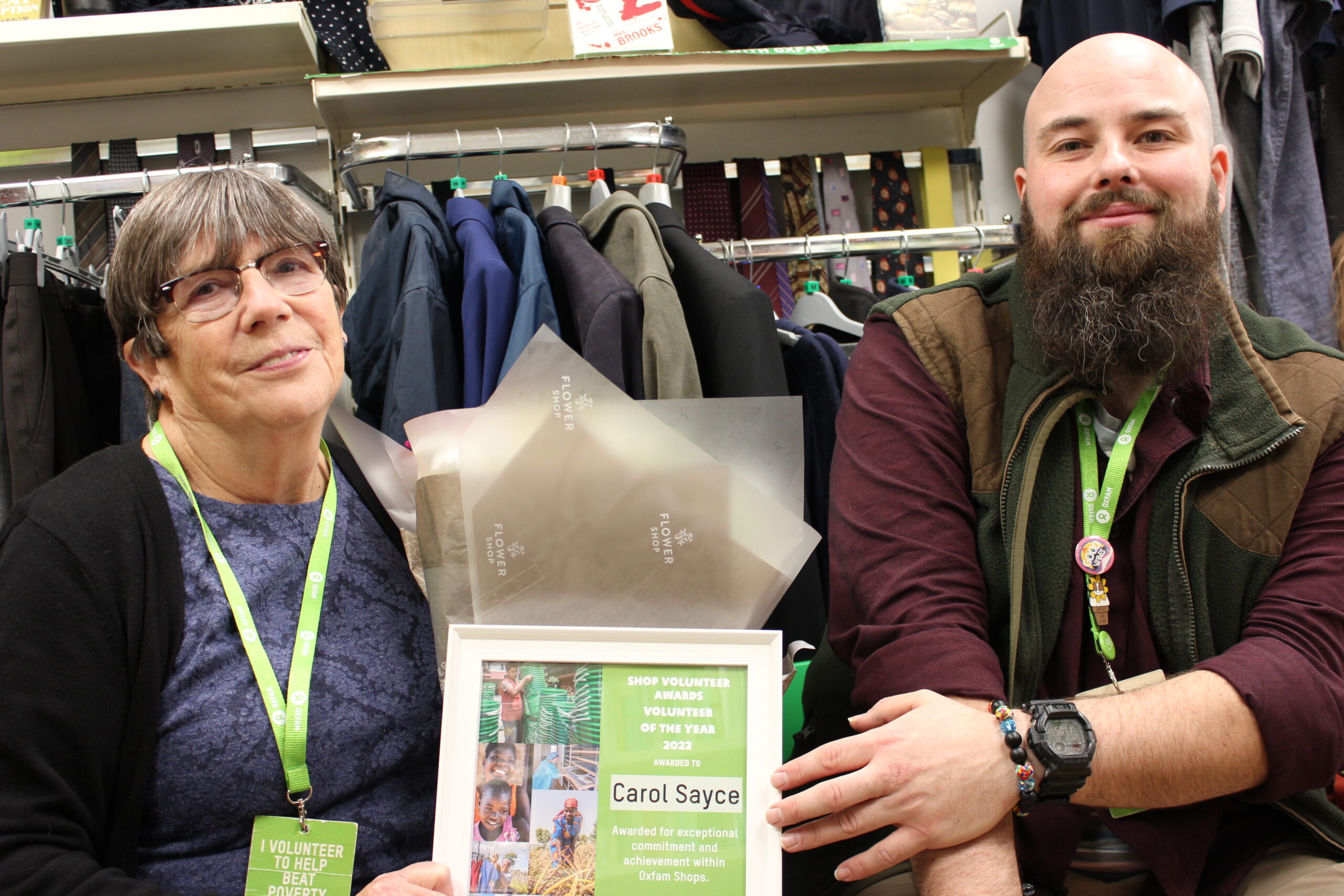 People in Cardiff and Swansea are amongst the most generous in Britain when it comes to donating their time to charity according to research commissioned by Oxfam.

Gen Z is the generation that is most generous with their time, followed closely by Millennials, according to research commissioned by Oxfam which relies on volunteers to work in its shops across the UK. The charity hopes to recruit more volunteers in the run up to Christmas.

After surveying 2,000 people across the UK, Oxfam’s research reveals that more than two in five (42%) of people who responded reported they have volunteered their time to charity. Of this number, a quarter (25%) have volunteered in a charity shop.

In Swansea, more than half of people who responded had volunteered (53%), rising to 57% of respondents in Cardiff. 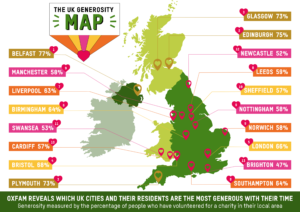 The full breakdown of UK cities, ranked by the percentage of people who have volunteered to charity, includes:

Welsh volunteers are also making a big impact within Oxfam, with the 2022 winner of Volunteer of the Year based in the Swansea Union Street shop.

Carol Sayce is the lead volunteer at Oxfam’s Swansea shop, and has supported the shop and those who work and volunteer there for over eight years, including through difficult periods such as pandemic lockdowns. Carol connected with Oxfam through fair trade event “The Green Fair”, where she now represents Oxfam Swansea on an annual basis.  A passionate fighter of inequality, defender of human rights, and champion of fair trade, her dedication to the Swansea team was clear in her acceptance of the award:

“”I have to say my mouth fell open with surprise when told of the award but I must thank James Doel, our manager, for the nomination and the panel for selecting me, primarily because I think selection brings recognition of the Swansea shop, the staff and the customers but particularly our very small but amazing team of dedicated volunteers, all of whom need to be recognised and thanked for their hard work and dedication – so thank you!”

This year marks the 75th anniversary of the first UK Oxfam shop opening in 1947 in Broad Street, Oxford, believed to be one of the first charity shops in the world. There are now over 500 Oxfam shops operating across the UK – 16 of them in Wales – supported by generous volunteers.

After asking respondents of all ages what they enjoy most about volunteering, the results showed that well over two thirds (70%) gave up their time in exchange for friendship, social interaction, and to tackle feelings of loneliness. Over two in five volunteers also said giving up their time to a charity can help to: keep them active (22%); and help with mental health and wellbeing (21%).

But while the survey has shone a bright light on generosity and community spirit of people and cities across Wales and the UK, it also exposed a potential threat to this… the cost-of-living crisis.

When asked about barriers to volunteering, more than two in five (44%) of respondents said the cost-of-living crisis could impact their ‘ability’ and ‘willingness’ to volunteer with a charity.

In response to these findings, Sarah Rees (Head of Oxfam Cymru) said: “It’s promising to see that so many people across Wales have donated their time to volunteer and to see the positive impact this has on their wellbeing.

Volunteers are central to our ‘Oxfamily’ and the heart of our movement to end global poverty. We rely on volunteers to keep our shops thriving, they are vital to enable us to deliver on our work both in Wales and around the world.

Locally, Oxfam Cymru support campaigns like Warm This Winter and the provision of universal Free School Meals, which we contributed to as part of the Anti-Poverty Coalition. Globally, our focus has been to raise awareness and funds towards helping people affected by extreme weather events, such as the catastrophic droughts across East Africa. We would not be able to do this work without the income from our shops and the help of our volunteers.

Many of our shops across Wales are actively recruiting volunteers. In the lead up to our busiest time of year, Christmas, we encourage people across Cymru to consider a volunteer role with us, where they can help to make a real difference and fight poverty globally in the process.”

Dr Carolyn Mair, Behavioural Psychologist, said: “Looking at Oxfam’s recent research findings, it’s fantastic to learn that so many people report how they have enjoyed the time they have spent volunteering, and that they have seen personal benefits too. These outcomes are supported by evidence which finds that volunteering is powerful way to boost wellbeing.

“Volunteering helps us learn new skills, gain valuable experience, expand our social network and achieve personal goals. By playing an active role in our society and contributing to positive change, volunteering enables us to join a new community of friends and colleagues which increases our sense of belonging and purpose.

“When we volunteer, we are helping others and actively contributing to something bigger than we are. We experience a greater sense of belonging which increases our self-esteem, sense of accomplishment, happiness and satisfaction with life, while also boosting our mental and physical health.”

Oxfam is looking for more volunteers to help fight poverty in its shops. For information, or to apply, pop into your local Oxfam shop or visit: https://www.oxfam.org.uk/shopvolunteering