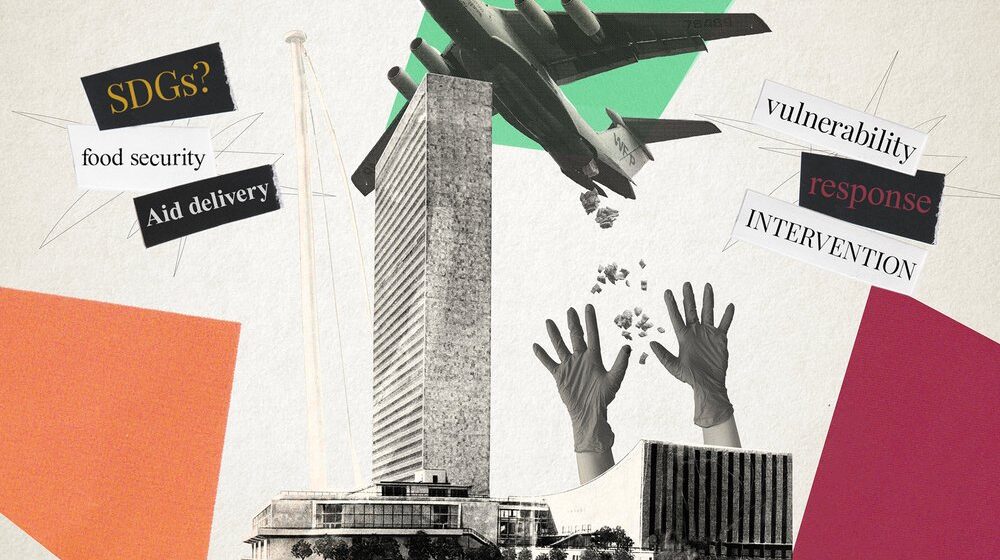 Got some spare slots on the blog at the moment, so thought I would introduce you to my favourite weekly update on all things humanitarian – the Cheat Sheet, from the New Humanitarian magazine. Here’s their latest round-up (or you can listen to the 16m podcast):

Rural Afghan women on peace, war, and ‘our role in society’

Greater freedom, better education, more control over their lives – the push for women’s rights doesn’t stop at the city limits, according to new research from the Afghanistan Analysts Network. The Kabul-based research group interviewed rural Afghan women, including in areas recently overrun by the Taliban, about their hopes and fears as instability swells. “Peace can change how women are treated in our society,” said one woman. “We’ll be able to learn about our rights and find our role in society.” Women’s views have taken a backseat during months of stalled Taliban peace talks, and advocates fear they’ll backslide further as international forces leave and the Taliban rapidly gains ground. The reports’ authors say the research challenges the notion that rural Afghan women would be satisfied with supposed gender norms imposed by conservative groups or the Taliban – or that women’s rights are only a priority for an urban elite. “Dreams of greater agency for Afghan women are not the exclusive domain of those who can speak up publicly,” the researchers concluded. “The priorities of rural women are not that different from those put forward by the more well-connected women activists.”

Haitian President Jovenel Moïse’s assassination has pushed the Caribbean country into a new crisis, prompting fears that humanitarian aid to some 4.4. million people may be thwarted because of the volatile security situation and border closures. “This is the worst humanitarian crisis the country has faced over the past few years, and it’s deteriorating week after week,” said Bruno Maes, UNICEF representative in Haiti. Police say an armed hit squad of mostly Colombian mercenaries killed Moïse on 7 July. Martial law has been imposed, flights suspended, and food and cargo delays due to border closures have been reported. UNICEF said more than 1.5 million children were at risk, while thousands of people have been displaced due to a wave of gang violence. The assassination, meanwhile, has also forced the question of who’s running the country: acting Prime Minister Claude Joseph or Ariel Henry who, before Moïse’s death, was appointed to replace Joseph? UN Special Envoy Helen La Lime says Joseph will remain in office until elections are held later this year, but Henry has said he’s in charge. Haiti, which has yet to begin COVID-19 vaccinations after refusing an initial shipment of AstraZeneca vaccines, has also seen a recent spike in coronavirus cases, despite reporting relatively few cases in the first year of the pandemic.

Lebanon’s caretaker Prime Minister Hassan Diab warned this week that the country is days away from a “social explosion”. With so many people already suffering from a devastating economic collapse, it’s not too hard to argue that his words have already come to pass. Last week, the government announced a 35 percent hike in fuel prices, a move intended to tackle severe shortages that have led to even longer than usual electricity cuts, queues for petrol, and even fights at petrol stations (where migrant workers often bear the brunt of drivers’ anger). Most of the country is in poverty, food prices have been rising for months, and it seems that every week the currency hits a new low. Diab says the country needs help from the international community, but most seem to agree that channelling assistance through the state would require a government. What politicians can’t agree on, in an increasingly dangerous deadlock, is how to form one; Diab and his cabinet have been serving in a caretaker capacity since they resigned en masse after last year’s deadly explosion at the Beirut port.

Ceasefire did not end the battle over Tigray aid access

The Ethiopian government said this week it had authorised humanitarian flights to northern Tigray – where 400,000 people are in famine and 1.8 million on the brink – but no aid has yet been flown in. The region remains largely cordoned off after eight months of fighting between government forces and the Tigray People’s Liberation Front (TPLF). The UN says talks on access have made little headway. The destruction last week of a key bridge – allegedly by Amhara special forces – has also hampered humanitarian efforts, with growing cash and fuel shortages further compromising relief work in Tigray. The TPLF, which on 28 June drove government forces out of the Tigrayan capital, Mekelle, has labelled a government ceasefire a “joke”. It has demanded unfettered access by relief agencies to Tigray and the restoration of power and communications as a precondition to talks. It also wants the full withdrawal of Eritrean and Amhara troops, and investigations into alleged atrocities. Retaking control of western Tigray, contested by the Amhara region, could allow the TPLF to open an independent supply corridor to Sudan.

Tallying a deadly week in the central Mediterranean

Shipwrecks, questionable actions by the Libyan coast guard, and another impounded search and rescue vessel marked the past week in the central Mediterranean. Forty-nine bodies were recovered off the coast of Tunisia following four separate shipwrecks between 30 June and 4 July, bringing the death toll in the central Mediterranean to at least 734 so far this year. A reconnaissance plane operated by the NGO Sea-Watch filmed the EU-backed Libyan coast guard opening fire on a boat carrying around 60 asylum seekers and migrants on 30 June. The boat later landed on the Italian island of Lampedusa, and prosecutors are seeking permission from the Italian government to open an investigation – a potential first by a European country. Meanwhile, the Italian parliament is expected to vote to reapprove and increase funding for the coming year for the Libyan coast guard, which has intercepted and returned nearly 15,000 people to detention centres in Libya so far in 2021. Italian authorities also impounded a search and rescue vessel operated by the NGO Médecins Sans Frontières on 2 July after it rescued more than 400 people in the central Mediterranean last month. It is the thirteenth time an NGO search and rescue vessel has been impounded due to “technical irregularities” since 2019.

A hotter planet amps up risk of mosquito-borne diseases

Ahead of the official release next month of the Intergovernmental Panel on Climate Changes’ dire climate report – which we already know a lot about thanks to an early leak – a new study in The Lancet Planetary Health now warns that  billions of people may be at risk of dengue fever and malaria by 2080 if climate action is not taken. Once limited in geographical scope, the mosquito-borne diseases are projected to spread to new regions if temperatures rise unabated by 3.7 degree Celsius by the end of the century. Dengue, which was present in only nine countries before 1970, has since spread to over 100 and infected 5.2 million in 2019. That year, malaria killed over 400,000 people and infected 229 million, of which 94 percent of cases were in Africa. Meanwhile, a separate study in Mexico showed that data compiled on dengue hotspots in Mexico could provide predictive maps for future outbreaks of Zika and chikungunya, all transmitted by the aedes aegypti mosquito.