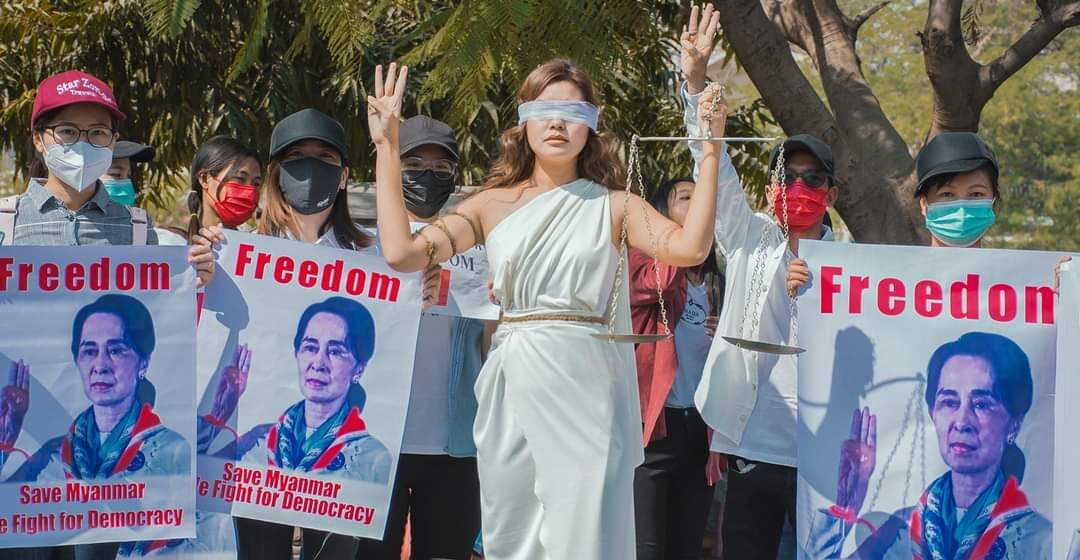 Regular FP2P readers will know by now that I’ve been following Myanmar quite a lot, and some of the conversations have been both interesting and of much broader relevance. Recently I had a call with some researchers who adapted governance diaries work first to the pandemic, and then to the coup. Diaries involve local researchers returning to the same individuals and families in poor communities for a series of conversations over several months on a given topic – in this case governance. They give outsiders a ‘fly on the wall’ insight into what’s happening on the ground, which in current circumstances is almost impossible to get any other way.

Given the horrendous security situation, I can’t divulge names or institutions, but here are some of the big takeaways from the work, which took place in two rounds between May- June and July- August this year.

Since the coup, interviews have mainly been with trusted contacts (which raises issues of narrow sampling) and shifted exclusively to phone/internet (often not the easiest way to conduct in-depth interviews on sensitive issues). Security of data has become one of the biggest challenges (researchers working late into the night, with intermittent power, uploading interviews to the Cloud so they can delete all files on their laptops in case they are searched).

There is increased unity across different ethnic groups, with people in the central regions showing deeper understanding and sympathy for ethnic struggles in the periphery of the country.

However clear inter-generational differences are emerging on a range of issues. There are tensions between the generations over how to respond to the coup. On money for example, young people often want to support the Civil Disobedience Movement or people in need, whereas older people worry about them getting into trouble for doing so and want to stick to religious tithing to monasteries and monks.

People’s perceptions of the Rohingya have begun to change, with growing recognition that alongside other persecuted groups, the Rohingya have suffered severe discrimination and human rights violations. People now use the word ‘Rohingya’ much more, and relate their (mis)treatment at the hands of military to that of the Rohingya. Some however, (the older generation more than others), often still describe them as ‘foreign nationals’.

Safety, security and rule of law continue to deteriorate. After an initial surge in women’s participation in the Civil Disobedience Movement (e.g. the Sarong Movement) and local philanthropy, many are now either afraid to get involved, or discouraged by their family from leaving home. There has also been a return to more traditional decision-making structures, which could permanently exclude women and marginalized groups.

Local governance structures continue to be in flux, with some communities reverting to more traditional structures – traditional models of conflict resolution and justice are being reinstated in tribal areas in remote uplands. This means that gains in women’s participation are being reversed, which it doesn’t bode well for decision-making that includes other less mainstream groups either.

Local regime-appointed administrators are frequently rejected by communities and sometimes targeted by the People’s Defence Forces (PDF).  Some have resigned/run away.

Services to communities are largely being provided by local civil society groups, but they are now struggling, which threatens to leave enormous gaps in provision.

Expectations of both the opposition ‘National Unity Government’ (NUG) and the Ethnic Armed Organizations that control large parts of the outlying areas of the country remain high across the sample population; many believe that authorities should prioritise internal coordination and collaboration over international engagement.

Generally there are high levels of participation and support for the People’s Defence Forces resisting the coup, but there are big regional differences over the realism of the NUG’s recent declaration of war (‘D Day’). Interviewees in ethnic areas are often dubious, seeing the NUG as dominated by the majority Bamar ethnic group, and Aung San Suu Kyi’s party, the National League for Democracy.

But the regime has bought off many senior religious leaders, which is causing tensions within faith groups, with young people rejecting revered Monks and urging citizens to boycott monasteries. There are divisions between pro and anti-regime monks, but the anti-coup movement is nothing like the Saffron Revolution of 2007.

Implications for outside actors seeking to help

I can’t think of any other way to get such a rich, real-time picture of what is going on in such a dangerous and chaotic environment. Diaries rock. As do the brave researchers doing such difficult and dangerous work.