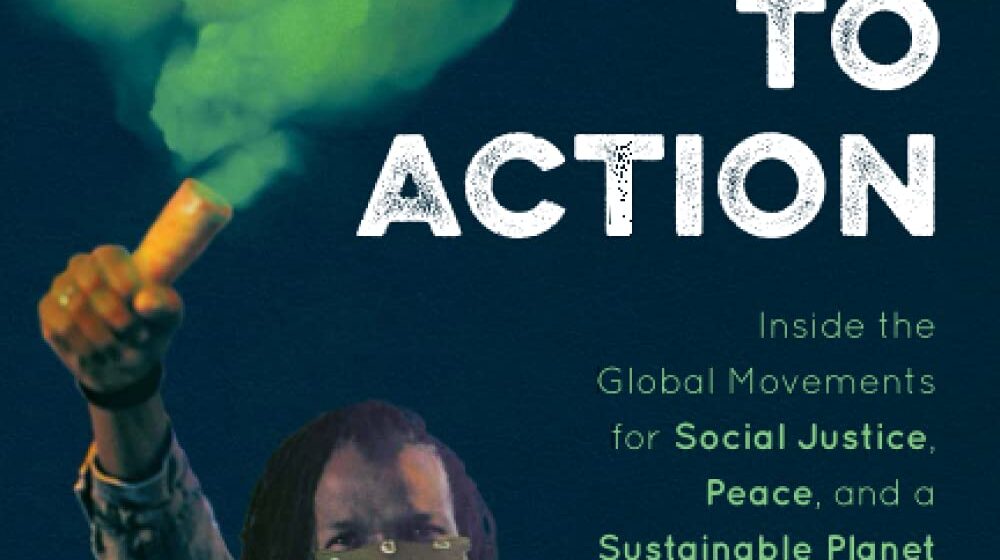 I’ve come to recognize a certain format for ‘inspirational books for activists’: big sweeping statement about What Needs to Happen, then what I call ‘thousand points of light’ – breathless accounts of some activist-led efforts to achieve those goals. On to the call to arms, invoking political will. Job Done. I must be getting (even more) jaded.

What’s wrong with that format? It may inspire, but it misses/downplays some big and crucial issues, which I think activists need to think about when discussing social change. Not least, deeper political analysis of the likelihood of victory and defeat, and what might make either more/less likely. Not the full Gramsci – more realism (rather than pessimism) of the intellect, optimism of the will.

I worried that From Anger to Action might follow that format, but don’t worry – it doesn’t. Or at least, not entirely. In particular, it’s last couple of chapters are excellent, and I will be recommending them on my activism course at the LSE.

That’s partly because the authors have serious activist credentials. Harriet Lamb and Ben Jackson have been making change happen for decades, starting with the landmark case on the Pergau Dam, which they won when working together at World Development Movement (now renamed Global Justice Now) back in 1994. Which is where the book opens.

What they see around them today is a moment of ‘surging movements’, a rising global tide of civic activism, driven by broken formal politics, a new generation of youth activists and the power of digitech. Much of this bypasses the traditional NGOs for which the authors have worked for many years, and here they argue for building better links between the two (whether the new surging activists actually want such links is open to question, I fear).

The authors argue that progress will rely on ‘believe, battle and build’. There then follow chapters on climate change, war, refugees, inequality and HIV/Covid. Each sets out the problem challenge, the case for change, and the points of light that show it can be done.

At which point I was getting worried. How do we know if any of this true? Beyond the uplifting tales of this or that movement, why should sceptics believe this new wave exists at sufficient scale to sweep all before it? Where are the examples of what doesn’t work, to strengthen the persuasive power of the stories about what does? Where (sorry!) is the theory of change/action that makes sense of it all?

But then the last two chapters brought some relief. First came a great whistle-stop tour of Western activism, from 1945 to the present, and the ‘lessons from past struggles that made the ‘impossible’ possible’. In the US, Saul Alinsky setting up the Industrial Areas Foundation in the US and on to the civil rights movement; the rise of new social movements in the 1960s and 70s; the downturn in the 80s and 90s as free market economics and individualistic liberalism ruled the roost. But during that gloomy time, the seeds of future change were being sown, and Ben and Harriet were there:

Plenty of people resisted the radical right’s agenda. When in 1979 NATO announced plans to deploy over five hundred intermediate-range “tactical” nuclear missiles, mass opposition mushroomed across Europe. Central to his political awakening, as a schoolboy in Northamptonshire, Ben helped set up his first campaign group against the imminent arrival of Cruise missiles at the nearby Molesworth air base. The group’s name Oundle Under Threat (OUT) reflected the sense of how close the danger of nuclear war felt. Their rudimentary efforts, with photocopied leaflets and publicity in the local paper, showed Ben how, even in a small conservative market town in the English Midlands, it was possible to win over people if you bothered to talk to them. It had other benefits, too: he met his first girlfriend. He felt the fear—but also exhilaration—of seeing line after line of committed people lie down in front of the diggers trying to enter the base to build the silos, only to be dragged off to waiting police vans.

On to the noughties, Make Poverty History, Harriet’s activism in the burgeoning Fairtrade movement, and some of the dilemmas faced by UK activists in the New Labour era:

Advisers to then–Prime Minister Tony Blair and Chancellor Gordon Brown had called in Fairtrade and many other NGOs in the run-up to the [2005 G7] summit, encouraging the action that would give them the mandate they needed to win international agreements. NGO lobbyists argued that this insider work was a savvy strategy if our aim was maximizing policy change. Radical critics were furious, believing the cozy relationship was undermining civil society’s critical edge. Fierce behind-the-scenes rows erupted over whether to welcome or condemn the final result, which chalked up tangible wins but was, of course, never enough.

The final chapter presents their theory of action – Three Wheels of Change, each wheel fleshing out the ‘believe, battle and build’ mantra. Here it is:

A people-powered movement is developing across the world from the last decade of protest into what we believe will become a crucial decade of progress on the global challenges. Its urgency will be catalyzed by the terrible direct and indirect cost of the Covid-19 pandemic, driven by people’s determination that the world must now choose a new path of global cooperation and human solidarity.

The change we see coming can be imagined as a three-wheeled cycle ridden by us citizens, its wheels representing our three instincts to believe, battle, and build. The front wheel gives us our beliefs, the values of the good society to inspire, motivate, and guide us; the two back wheels are, on one side, our campaign battles to wrest changes from the powerful and, on the other, our building, through our actions and choices, of the living alternatives that prefigure a better future. Each wheel of change reinforces, and relies upon, the other—and the biggest breakthroughs will happen where they work in synergy, gaining momentum together as when you power your cycle down a long, gentle slope.

I would still have liked much more on the ‘how’ of all this, and a look at some of the less rosy aspects of the activist garden – a lot of the ‘surging’ in recent years has been very unappealing – Brexit, Alt-Right, Populism, while identity politics seems to have brought both energy and fissiparousness (is that a word?) that threaten to hobble coalition-building and wider social change.

But I guess I’m not the intended audience and there’s plenty of food for thought and action in this book for current and future activists.