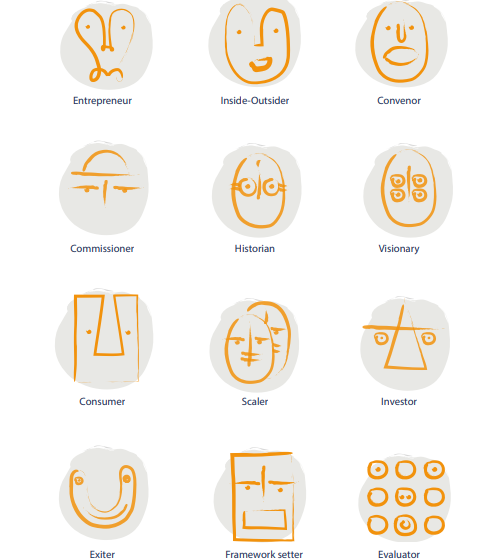 I approached Building Better Systems: A Green Paper on System Innovation, by Charles Leadbeater and Jennie Winhall, with a fair degree of initial scepticism – these kinds of papers tend to involve a lot of hand waving, and not many specifics. But I warmed to it as I read.

First, some nice crunchy case studies on things like young adults with learning disabilities in Canada, police reform in Glasgow or the shift from propeller driven to jet propelled passenger aircraft.

Second some thought-provoking analogies: ‘Systems change is a dynamic process, in which long periods of relative stasis can suddenly give way to a disruptive vortex which releases a lot of energy. That energy will be both destructive and constructive. There will be resistance and momentum. Some things will be flying off in all directions, others will be coming together. It is disorienting to be in the middle of this but that is where the change happens. We think it is like stepping into a washing machine on the spin cycle.’

And a particular nice list of 12 archetypes of the kinds of people you need to bring together to achieve systemic change. Here they are, slightly edited for length:

‘Entrepreneurs who create transformative ventures which challenge the existing system and open the way to a new different system. They are the pioneers marking out the territory of the new system.

Inside-outsiders who recognise the challenge to the existing system they are part of and so open it up to new ideas, from outsiders, to help a new, different system emerge from within the shell of the old. These people who span the boundaries of the current system play a critical role.

Convenors who bring together insiders, outsiders and other collaborators to create a shared agenda for change. Organisations that seek to play this role must be committed to changing a system and also command the credibility to bring together actors from every level of the system, from the grassroots to senior politicians. Universities, foundations, public agencies such as the Danish Design Centre and intermediary bodies might play this role.

Commissioners who commission the system of the future, to bring it into being. People playing this role are where power and resources come together.

The decisions they take can redirect resources to create a new system and create the authorising environment in which it can grow to become legitimate. That power can be conventional and derived from traditional hierarchies yet directed to a new purpose: for example, when Paul Polman, the then chief executive of the Unilever group set it radical goals to reduce carbon usage while growing its businesses. Amsterdam council is working with the radical economist Kate Raworth to reimagine the city economy in the terms of her doughnut model of sustainable development.

The power to shift a system can also come from outside these traditional hierarchies, from the new power of social movements which put governments and companies under pressure to respond to new demands. The sustainable energy, food and waste systems of the future will likely be created by a combination of old and new power working together as social movements, often led by young people, that put pressure on governments to respond to the climate emergency.

These are four leading roles in systems change. But they need a supporting cast to take on the challenge. These support roles include the following eight:

Historians open up the history of why the system takes the form it does. They show the system is not a fact of nature but the accumulation of a long chain of collective, creative, political and design decisions, taken in context, which shaped its formation and evolution.

Visionaries are the counterparts to historians. They articulate a picture of future possibility, one which could be radically different. They make it possible to imagine stepping into a quite different world, in which systems work in quite different ways. Often systemic innovation is initiated by people with a radical vision: Margaret Sanger envisioned the contraceptive pill and the social changes it would unleash decades before she managed to help make it a reality; Donald Watson started the Vegan society 60 years before veganism reached a mainstream audience; Greta Thunberg may be playing such a role in climate change now; Nicolas Colin, the venture investor, paints a compelling picture of the future social safety net for modern workers; Hilary Cottam, the social entrepreneur, has a bold vision for a more relational welfare system.

Consumer innovators play a vital role in making a vision a lived reality. They are the early adopters and adapters who show how an innovation can be made to work in practice and become an aspirational part of daily life. Michael Bloomberg’s first prototypes for his new system for distributing financial information were developed with his first customer JP Morgan.

While consumer innovators may show the potential for change at the grassroots level, system-wide change depends on the creation of new frameworks for policy and regulations. The people and organisations who do this are Framework Setters. They might be civil servants and policy makers, but also think tanks and advocacy groups. They create the general frameworks that allow an innovation to spread and become widely adopted, for example the UK’s shift to providing individual budgets to young adults with learning difficulties. The contraceptive pill was licensed for widespread use only as a result of innovations in Food and Drug Administration regulations which allowed the approval of a drug that was not designed to cure a disease. All system transition involves innovation in regulations, protocols and standards to allow new products and services to create a new market.

The possibility space created by these new frameworks is only turned into widespread access to the products, services and general benefits of a new system through the work of Scalers who excel at simplifying and standardising a solution so it can reach a mass market. Scalers engage in the second and third waves of innovation needed to create a new system. They are the structural engineers of the new system. For example the company that turned the container into a mass product was not the container’s original, iconoclastic inventor Malcolm McLean but a follow-on innovator, Matson, a company based in Hawaii. Matson standardised the container’s size, weight and fixings to allow it to be used at scale, as well as introducing many of the logistics tools that made the new system work effectively.

Exiters complement the scalers. They wind down outmoded systems to clear the way for a new system to emerge. Decommissioning existing systems is essential to free up resources and space in which new systems can grow.

This whole process, from the inception of a new idea through the testing of a system on a small scale through to its development at scale, of course needs investment to back it. Investment in system innovation poses special challenges: the timescale is often protracted, involving collaboration among many different players.

Investors in systems change will rarely be part of the whole story all of the time. Different kinds of investors, philanthropic, public, venture capital and corporate, may play different roles at different times. The creation of the contraceptive pill, for example, started with small philanthropic research grants, before mobilising both commercial and public research funds before deploying private capital to make the pill available at scale.

Auditors and Evaluators play two roles. Because they help to hold the current system to account for its performance, the case for change often comes through the data that evaluators provide. They also create the new metrics needed to measure the impact of the new system.’

Nice, and although the paper and the examples are taken from the Global North, the categories seem more universal. But feel free to disagree, as ever.

3 Responses to “How does Innovation happen in Systems?”