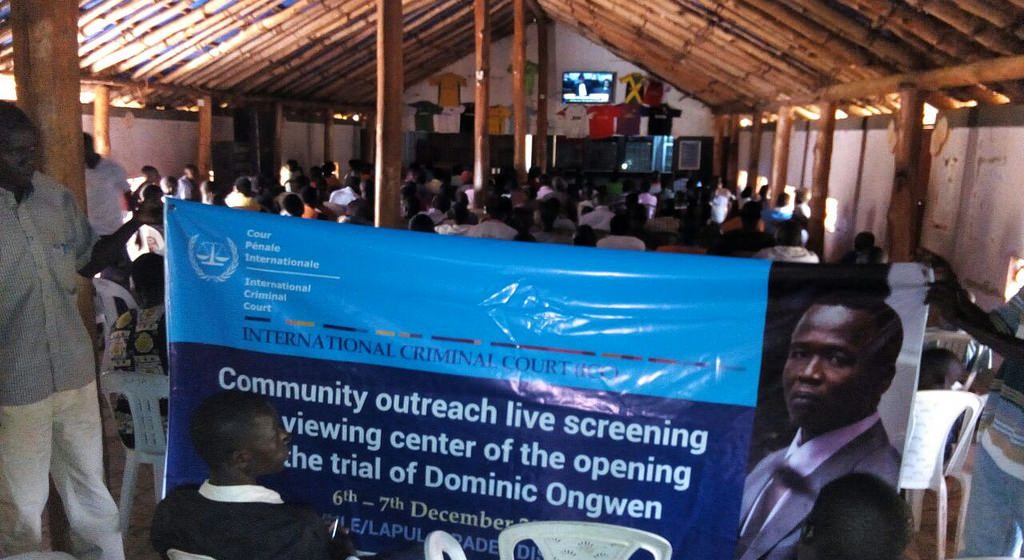 Next up in my series of interviews on the real-world influence of researchers at the LSE Centre for Public Authority and International Development, I explore the impact of Holly Porter’s research in northern Uganda, which has had a significant impact on a landmark trial and conviction of LRA commander Dominic Ongwen at the International Criminal Court, setting broader precedents for the prosecution of international crimes of a sexual nature. This piece was first posted on the LSE Africa blog.

To talk to anthropologist and CPAID researcher Holly Porter is to walk into a modern political minefield. In her own words:

Anthropologists like Holly seem to positively relish navigating in these murky waters. Often it seems that their fluid understanding of what is right and wrong in different cultures stands in conflict with international humanitarian law’s attempts to establish clear and universal boundaries.

Which makes it all the more interesting that Holly’s work has had a big impact in a landmark trial at the International Criminal Court in the Hague. It shows the potential, but also the innate unpredictability of research impact.

Porter, along with CPAID’s Tim Allen and Anna Macdonald, was invited to the ICC in May 2015 to talk about rape – in particular, how key issues such as consent are understood by the Acholi of Northern Uganda. The ICC trial of Dominic Ongwen, a former commander in the Lord’s Resistance Army detained in 2014, was in preparation, and the prosecution team needed to understand the local context in which the alleged crimes occurred.

Porter provided evidence of a more complicated and nuanced explanation of rape and its aftermath, arguing that Western understandings of what is appropriate or not are dependent on consent, a concept that does not exist in the same way in the Acholi context. Instead, what is permissible depends on other conditions, such as whether sex contributes to the establishment of a ‘home’, whether it provides children, and whether certain customary exchanges have happened beforehand. None of these conditions were present in the case of the Lord’s Resistance Army (LRA), and so through an analysis of this Acholi-specific context Porter was able to show that the LRA sex was transgressive.

Porter’s insights had some significant impact (although, like a good anthropologist, she wonders whether it made any difference to the lives of women in Northern Uganda). Porter’s information helped the prosecution expand the charges against Ongwen to include sexual and gender-based crimes (forced marriage, rape, sexual slavery and enslavement). This brought to 70 the number of charges for which Ongwen would later face trial, up from seven at the time warrants were first issued.

As well as formal briefings and research evidence to the prosecutorial team, Porter was asked to prepare a confidential expert report based on her research at the Centre for Public Authority and International Development with former LRA women. Specifically, this report described some of the dynamics amongst women who spent time in forced marriages in the LRA.

A precedent in the international trial of sexual crimes

Following Ongwen’s conviction in February 2021, Porter’s research also established an important precedent in the international trial of sexual crimes. Drawing on her long-term observations of these women and the dynamics amongst former wives of high-level commanders (who sometimes evoked fear in other women because of their power and protected status), her expert report argued that it would reduce the risks both to the potential witnesses and to the veracity of their testimony if they were able to participate in the trial as quickly and with as little exposure as possible. The report was used as one of the key submissions in a proposal to allow victims of sexual violence to provide witness testimony and be cross-examined from Uganda, before the commencement of the trial. The pre-trial judges ruled in favour.

Subsequently, seven women were able to testify that they were former forced wives of Ongwen and that he had raped them and fathered their children. Rather than suffering through the long ordeal of the trial and the exposure of travelling to the Netherlands, with the added possibility of a hostile reaction from their own communities subsequently, they were permitted to testify early and from Gulu, Uganda.

This aspect of the Ongwen case also sets a ground-breaking precedent in the ability to prosecute international crimes of a sexual nature, with potentially significant implications for the prosecution of rape more broadly. The impediments the judges’ ruling removed in the case of Ongwen have been longstanding sources of critique in feminist anti-rape scholarship and activism. Article 56 of the Rome Statute of the International Criminal Court allows for the preservation of evidence that may not be available at trial. It was this provision that was invoked to record the victims’ testimonies. Should this precedent be applied more broadly, as it likely will, this will ease the prosecution of crimes of sexual violence in both domestic and international jurisdictions. This view has already been advanced in the International Criminal Law Review, which has hailed this aspect of the Ongwen case:

‘a milestone precedent for future cases, not just in terms of circumventing situations of witness interference, but more importantly, in safeguarding vulnerable victims and witnesses, and preserving their evidence for any eventual trial.’

I came away from my conversation with Porter with renewed respect for the value of anthropological authenticity, as it attempts to build a bridge between the very different worlds of Acholi culture and the ICC. But traffic across that bridge can help both sides. Holly noted that Ongwen’s defence has also used the Acholi understanding of marriage (as tied to exchanging customary payments) to argue that the crime of forced marriage did not occur.

Even so, this kind of research surely helps ensure that the actions of well-meaning outsiders actually benefit people on the ground. Last word to Porter:

‘The international community set themselves up as being in the interest of victims and justice, so they need to know what the victims actually think, what they value. Then they can see whether their actions contribute to or undermine those aims.’

That’s the last one in this series, apart from a wrap-up post looking at the overall lessons from the impact series, going up next week.

Previous Posts in this Series:

How scandals and crises create opportunities for Research Impact (Uganda)

It’s often easier to have policy impact with research on a ‘new issue’, but proving it is just as hard (Somalia)