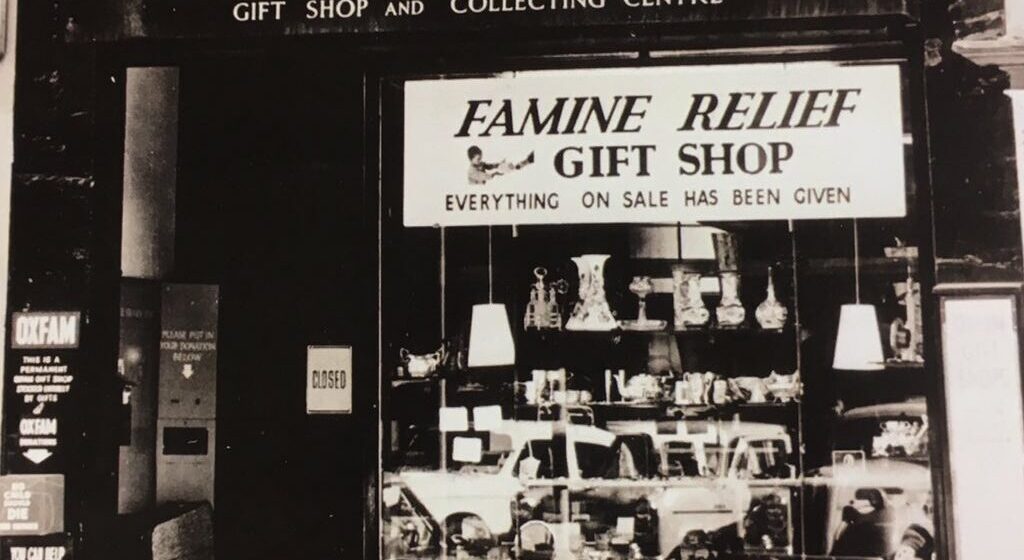 This post by Oxfam’s Max Lawson first appeared on its Equals blog. I’ll be summarizing our new paper on the East Africa hunger crisis tomorrow.

The other day I was speaking to Nellie, an old friend and primary school teacher in Malawi, about the rapidly rising prices:

Every day I worry about how I will feed the household, thinking to myself ‘what should I do today so we can eat’.  I don’t want to bother my husband with such thoughts as there is not much he can do.

How do people cope?  Well, they borrow first, getting what credit they can get.  Maybe selling some things.  We sold a pig last month, we had to.

People eat more cheaply, they stop eating meat or fish, just eating vegetables. Many poor people go months without tasting meat or fish.  Many people start eating one less meal a day; maybe some bread and tea for breakfast, then eat again in the evening. At this time of year many people are eating only in evening hours.

Many of my students are hungry.  This time of the year is always a hungry time in Malawi, as we wait for the crops to harvest, but with these high prices things are much worse.  Children often sleep in lessons as they are too hungry, coming to school with empty stomachs.  They say they are sick, but we know really they have simply not taken food.  Some remain at home because they cannot afford soap, so cannot wash.’

Across the world, people see rising prices and face impossible choices. Skipping meals, eating just once a day.  Eating only the cheapest food, cutting out more expensive, and more nutritious meals. Working even longer hours, despite feeling weak from hunger.  Pulling kids out of school to save money or because you cannot afford the soap to keep them clean. Leaving illnesses untreated for fear of the costs. Walking instead of taking the bus despite feeling desperately tired.  Wearing loads of clothes to bed and eating uncooked food to save on heating and cooking.

Women are once again forced into their role as shock absorbers of pain across the world. It is mothers that will skip meals first, feeding their children, telling the family they will eat later and not to worry.  Mothers who are charged with the family finances, looking in horror at the new price of maize or oil in the market.  Choosing whether to buy medicine or food. Children, and especially girls will pay a high price too.  Already hit by school closures during COVID-19, many children will find their dreams of education further dashed, as fees can no longer be afforded.  The longer term impact is pernicious, as lack of nutritious food stunts growth and development for millions more children, permanently impacting their lives for the worse.

Rising food and fuel prices hit the finances of poor people far harder than the finances of the rich, and this in turn will fuel even further increases in inequality. The IMF estimates that whereas consumers in advanced economies use 17% of their spending for food, it accounts for 40% in Sub-Saharan Africa.

And within economies too there is a major difference between rich and poor; in the United States, for example, in 2020 families in the poorest 20% of society spent 27% of their incomes on food whereas for the top 20% the figure was only 7%.  An amazing 38 million people in the USA are food insecure.  The World Bank has analysed how much is spent on food by income quintile for a range of African countries. In Mozambique the poorest quintile spend over 60% of their incomes on food, whereas the richest 20% spend just under 30%, or less than half as much.

Famine in Greece and the birth of Oxfam

Oxfam, or the ‘Oxford Committee for Famine Relief’, was set up in 1942 as part of a campaign to call for the government of Winston Churchill to lift the naval blockade on occupied Europe.  People were starving all over the continent, but things were particularly bad in Greece, where there was full blown famine.  According to the records of the German army, the mortality rate in Athens alone reached 300 deaths per day during December 1941.  It is estimated that the Greek famine killed five percent of the Greek population.

The blockade was in the end partly lifted, after a huge outcry and pressure from the Greek diaspora. This meant some food reached Greece via the red cross, but not until 1942.

My friend Spryo’s grandmother, Maro Maille grew up in Athens during the war and lived through the terrible famine.  Her family lived in a poor part of the city, Piraeus, next to the port. She often told stories about it.  Stories of boys killing all the cats around to sell the meat to Italian soldiers in exchange for bread.  Her father worked in the port unloading ships for the Nazis.  His wife sewed extra pockets into his clothes so he could steal food and conceal it, at huge risk.  He used to take Maro with him, as she was cute and blonde, which the Nazis loved, and she too had extra pockets to fill with food.  It was only this lifeline that prevented their family from complete starvation.

Her mother had five siblings, but she only knew three of them, as one child her mother had to give away as she could not feed them.  The other, a baby sister, she was unable to breast feed as her milk dried up because of hunger, and despite trying to feed her seeds the baby died.

Although people from all classes perished, the deaths were much greater amongst the poorer classes, especially those who lived in Piraeus like Spryo’s family..

Right now, in 2022, Kenya, Ethiopia and Somalia are facing one of the worst droughts in 40 years.  Twenty-one million people are facing extreme hunger and one person is dying every minute. The stories Spryo remembers his grandmother telling are being played out every day as we speak.

Rising food prices are exacerbating the food security crisis faced by these communities. In January 2022, food prices for basic staple grains in Somalia were more than double what they were the previous year.

Food and energy markets are dominated by a very small group of corporations (is there any sector of the economy that is not these days?).  Four trading companies control 70% of the global agricultural market. They get to decide which countries get food and at what price.  Who goes hungry and who gets bread.

They are joined by investment funds, who have increased their speculation in food markets markedly as they bet on volatile and rising prices. Olivier De Schutter, UN Special Rapporteur on Extreme Poverty and Human Rights and co-chair of the International Panel of Experts on Sustainable Food Systems (IPES-Food), said that ‘they are indeed betting on hunger, and exacerbating it.’

Our forthcoming paper for the Davos meeting later this month (the first face to face meeting since the pandemic) has some great facts on this so watch out for them. We have seen record profits for food and energy companies, hugely boosting the fortunes of billionaires in these sectors, and creating a whole slew of new food billionaires too.

It is hard to exaggerate the pain and suffering contained in these numbers- being lived as we speak in households across the world.  Impossible choices.  Hunger in a world of plenty.