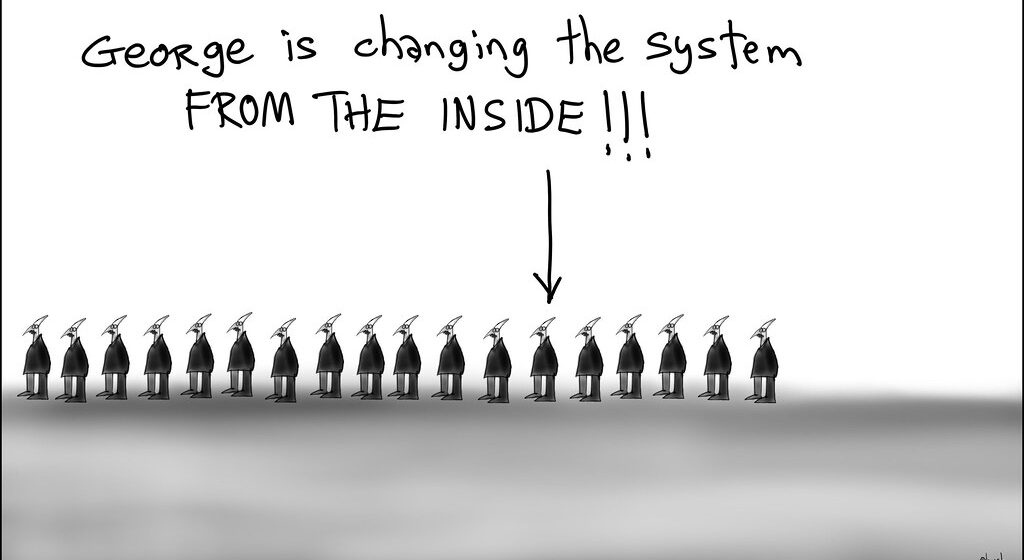 Is thinking and working politically (TWP) on life support? Duncan suggested as much in a recent post.  But a webinar on localisation convened by the TWP Community of Practice offers an alternative, in which locally-led development becomes the way for the TWP agenda to remain relevant and responsive to the power and politics that is at the heart of social change. Or, as another guest post on FP2P put it, localisation can be ‘the how’ that gets us to more locally-led development.

Much of the TWP agenda is about local context, the centrality of local politics and networks and recognising that social change is locally led, with externals playing – at best – a supporting role. So locally-led development and TWP should be comfortable bedfellows.

Locally-led development is also a politically smart strategy to respond to current (if depressing) trends Graham’s Teskey’s recent TWP paper highlights and Duncan summarises. For instance, locally-led development can deliver the ‘photogenic results so beloved of ministers’ – much more than fly-in international advisors pushing paper. Locally-led development can be framed as an effective way forward given ‘100 years of development expertise walking out the door’ with the closure of DFID and AusAid – although you still need skilled and knowledgeable development staff to manage that within donor agencies. And locally-led development is a better fit to respond to geopolitical realities. Chinese development cooperation is renowned for providing funds with less normative demands than Western donors (although it may demand other loyalties/concessions instead). In the face of this, Western donors would do well to demonstrate a more hands-off approach to aid that doesn’t feed impressions of the West as meddling know-it-alls. Locally-led development that empowers those who are working to bring about change on the ground might provide an attractive alternative that builds stronger relationships and wins hearts and minds.

Too often discussion about locally-led development happens at the level of systemic change (as argued here). It’s a comfortable place for many. But it also avoids conversations about our workplaces and us as individuals. The development system is never going to change if we keep bemoaning its skewed incentives and carry on with business as usual. For this reason, the webinar focused on the organisational level – to capture changes organisations are making in spite of system constraints. Happily, this includes a diverse range of creative approaches across donors, managing contractors and INGOs, such as:

These organisational changes are not separate from systemic change. They can create peer pressure and interact to create tipping points that contribute to systemic change. They are also not devoid of politics. Shifting to more locally-led development is not a process on which there is consensus. There’s pushback and challenge. As one discussant noted, people rarely give up power willingly, so while some staff might embrace it, others will think it’s ‘woke garbage’ and resist. NGOs may lose supporters who don’t agree with the direction of travel. Sometimes resistance is built into structures of the industry – such as remuneration frameworks that segregate ‘local’ and ‘international’ staff and make value judgements about whose skills/knowledge count. Navigating such opposition requires thinking and working politically. As one speaker put it, it is about ‘finding the opportunities and cracks to make localisation happen’.

The consensus view at the webinar was that the best efforts to support locally-led development happen by design – you have to plan for it to make it happen. And in doing so you have to anticipate and pre-empt the opposition and reactions your efforts are likely to face. This is the stuff of working politically within your own workplace and in the sector more widely. In designing locally-led development, however, it’s important that it isn’t captured by aid managerialism and projectized into a pile of indicators that don’t meaningfully shift power. There aren’t ‘10 steps to localisation’ that can be followed. Rather, values – like equity, honesty, humility and maintaining relationships – are likely to be more useful as a compass to guide progress towards locally-led development.

Finally, discussion about locally-led development often overlooks the individual level – our personal mindsets and worldviews. This can be uncomfortable but is where movements like #shiftthepower push us to go. It might feel a long way from where TWP conversations usually sit. But these discussions are also centrally about power and politics. It’s just ‘small p’ politics of the personal, rather than the ‘big p’ Politics of politicians and elites. The TWP agenda has an opportunity to connect these levels – how issues of personal power and privilege, organisational practices and the development system all shape each other in interactive ways that require thinking and working politically to unpack and transform both how development is done, and what development is.

So TWP can be kept alive and kicking – if it can serve as a lens to harness organisational change and truly empower local actors in driving their own development.

3 Responses to “Localisation: an opportunity for thinking and working politically to deliver?”