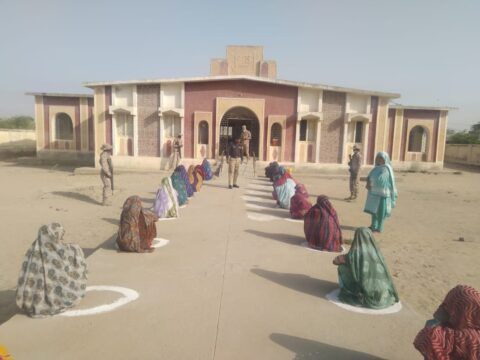 Throughout the pandemic, social protection practitioners have been drawing on past experience and established ‘mantras’ to support governments and emergency actors to respond to the crisis. Valentina Barca, the Team Lead for the FCDO-GIZ-DFAT-funded SPACE service shares reflections on whether and how these mantras have been taken up. COVID-19 caught us all by surprise. The social protection […]

Crises act as tipping points. Local crises and conflicts can galvanize a social movement or discredit a leader in a given location. Global crises change far more than that – the 2008 financial crisis has been credited with everything from sparking the rise of right-wing populism (hopefully now heading for a historical dustbin near you) […]

Larissa Pelham, Oxfam’s Social Protection Adviser, reports back on a 4 day Zoomathon Covid-19 has catapulted social protection into the spotlight.  From furloughing to school feeding programmes delivered to homes, 212 states and territories across the world have planned or delivered 1179 social protection interventions in response to the pandemic.  It is the backbone support […]

Suchi Pande is a scholar in residence at the Accountability Research Center, Washington DC This post discusses two development policies that sound technical, but which are really important. Social protection is the set of services that help protect people against economic shocks or disasters, and from the ups-and-downs all people face in their life-cycle. Social […]

As part of their Masters in International Development and Humanitarian Emergencies, LSE students do a consultancy for aid agencies and others. Here Chiara Jachia, Natalie Schwarz, Hanna Toda and Anjuman Tanha discuss the Covid implications of their consultancy on Informal Social Protection. Oxfam’s Larissa Pelham (contact larissa.pelham[at]oxfam.org if you want to know more about its […]

Most discussion about ‘social protection’ focusses on programmes run by aid donors or governments, but that misses out on an awful lot. Some of my LSE students are doing a project for Oxfam on ‘informal forms of social protection’ – what families and communities are doing to build their resilience against shocks (accidents, unemployment, crop […]

Spent a mind-stretching day last week with a bunch of social protection experts from the LSE, IMF and assorted other bodies. Social Protection includes emergency relief, permanent mechanisms such as pensions and cash transfers, and ‘social insurance’ based on people’s personal contributions. LSE boss Minouche Shafik set the scene really well: ‘The failure of safety […]

Oxfam researcher John Magrath profiles a new joint Oxfam/IDS report and tries to convince you to come along to the launch in London on 9th September Duncan has written previously about one of the projects he was most proud of initiating while in (nominal!) charge of Oxfam’s Research Team. This started out as Life in a Time […]

Some fascinating coverage of the new Indonesian president and cash transfers in the Economist this week. First up, Indonesia: ‘Having trimmed petrol subsidies in November, Indonesia’s president, Joko Widodo, who is universally known as Jokowi, scrapped them entirely from January 1st. Small subsidies (1,000 rupiah, or eight cents, per litre) will remain in place for […]

Some social programmes act as honey pots for busy bee researchers. A few years ago Brazil’s Bolsa Familia was the subject of choice, but it seems to have been overtaken by India’s Mahatma Gandhi National Rural Employment Guarantee Act (MGNREGA) which has researchers all over it. A Global Insights paper from the University of Sussex […]