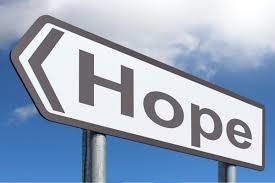 In their final instalment on Oxfam’s Inspiring Radically Better Futures project, Irene Guijt and Ruth Mayne summarize the main findings. We thank the inspired, courageous and determined people involved in the Inspiring Better Futures case studies who have shown that radically better futures are within reach. Many people around the world have generously given their time and contributed to the series whether by helping with research design and methods, nominating and identifying cases, shortlisting, research, reviewing drafts, commenting, editing, formatting or design.

There is an urgent need for transformative change in the face of the triple climate, inequality and health crises.  But is this possible and, if so, when and how might it happen?

Pre-pandemic, Oxfam ran a search and call for cases studies to find out. We asked thematic experts to select 18 cases (from a longlist of nearly 80) that best met three criteria:

Examples of Cases in our Evidence Base for Hope

Mitigating the Climate and Environmental Crisis

Although none of the cases was perfect, as a set they offer important insights.

Structural change to dominant economic and political systems is possible and happening now, even in some of the world’s toughest contexts.  Despite a growing recognition of the need for structural changes, policy makers still often put it in the ‘too difficult box’ or think that tweaks and nudges will suffice.  Yet all the shortlisted cases successfully changed at least two underlying structural causes of current crises, with some changing as many as five.  For example, MenCare in Rwanda and Tostan (see pic) and others in West Africa challenged and transformed both invisible ideologies and social norms about men’s caring roles and FGM/C respectively, as well as changing visible structures such as laws, policies and practices.  Other cases successfully strengthened civil society; increased participation in decision making processes; transformed business models, markets, transport, energy infrastructures and government services; and/or restored environmental health.

Structural change offers a powerful and rapid way of achieving positive impact at scale. The cases generated over 40 different types of social economic or environmental benefits that contributed to achievement of the SDGs in relatively short periods of time. A few cases struggled to ensure inclusivity but were included for learning purposes. The cases showed the important role of civil society in helping to achieve inclusive impact.  One of the surest ways in which the cases achieved inclusive outcomes was by involving marginalized groups upstream in governance.

How did scaling happen?

The shortlisted cases reached scale via three pathways, each involving a distinct but sometimes overlapping set of change strategies.

Vertical scaling, one of the most well-known pathways, occurs when large governments and companies use their size, reach, powers and resources to implement or expand an initiative. This may be either due to their own volition or as the result of successful influencing by others. In the shortlisted cases, policy and legislative change featured as an important lever in scaling up, but only when accompanied by other structural changes such as strengthened citizens voice, more inclusive decision-making, enforcement mechanisms or changes to public or official behaviours.  Changes to government institutional practices also provided an effective and transformational way of achieving change at scale.

Horizontal scaling, a sometimes overlooked but powerful pathway, involves the widespread copying or adaption of a solution by other actors, either spontaneously or through organised diffusion. For example, initiatives in West Africa, Pakistan and India successfully developed methodologies to transform social norms on FGM, strengthen the political participation of women and transform government services, respectively, and then successfully diffused these methods at scale at low cost.

Functional scaling involves organisations intentionally increasing the scope, pace or scale of change via iterative adaptations of and improvements to the original strategy. Although activists sometimes neglect evidence collection, it featured as an important scaling ingredient in many of the cases, in part by convincing others to adopt or scale the case.

Organisations often focus on one or other of these pathways in their efforts to achieve scale.  But all but one of the shortlisted cases reached scale by combining all three pathways. For example, Mahila Housing SEWA Trust mobilises and empowers women by creating community-based organizations (horizontal scaling), which then influence local authorities to improve service delivery (vertical scaling) and test out improved services (functional scaling), which in turn helps foster further (vertical and then horizontal) scaling.

When did scaling happen?

In nearly all cases transformative change occurred due to the interactions between intentional change strategies (and hence shifting power relations) and macro pressures or opportunities such as the climate crisis or solutions to systemic problems.

But in nearly half the cases, scaling accelerated when actors took advantage of an immediate contextual window of opportunity – such as the end of a conflict, a new government or international support.  In some cases, these windows were themselves the product of past efforts to create the conditions for change.

Only the South African case reached scale because of a sudden external shock – an impending water shortage – but as Covid-19 has subsequently shown, such crises play an important role in driving change.

In line with systems thinking, few actors achieved scale on their own. Change was the outcome of mutually reinforcing actions by governments, the private sector and/or civil society. Civil society involvement was critical in helping ensure inclusive outcomes by government and businesses in all but two cases. No private business made it onto the shortlist without government or civil society involvement.   Contrary to received wisdom, grass roots social movements and associations achieved, or played a major role in driving, inclusive impact at scale in three cases.

The cases provide evidence of hope. They show that transformative change that tackles the root causes of current crises is possible, even in tough contexts. The unfolding inequality and climate crises will generate further pressures and shocks that will likely catalyse further far-reaching change. The risk is that powerful incumbents will use such crises to further their own interests to the detriment of people and planet. The future direction and speed of change will depend critically on governments, civil society and mission-led businesses investing in, expanding and accelerating the development and scaling of the kind of transformative, inclusive and sustainable solutions offered by these case studies.

Or in Greta Thunberg’s recent words: “Hope is taking action. And hope always comes from the people.”

3 Responses to “Transformative change: how can we get it and when?”