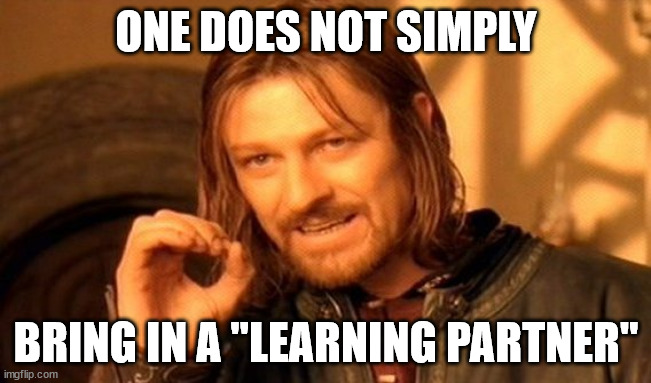 External consultants, learning partners or critical friends -whatever we call them- can seldom change the system or organisational (learning) culture from outside. So, how can Monitoring Evaluation and Learning (MEL) consultants support real change instead of creating tools or processes that are quickly forgotten without any real institutional ownership?

Most development organisations struggle with monitoring performance and using evidence to inform decisions. Despite growing attention to beneficiary feedback, donor agencies, NGOs, implementers and philanthropies cannot rely on market signals from consumers or investors to course correct, like businesses do. Moreover, their actions often have at least some principled motivation, which makes it easy to overlook the added value of having a coherent plan with explicit assumptions and clear metrics. As a result, a lot of MEL in development is lacklustre: mistaking activities for results, counting meaningless things like participation in events, or generalising from isolated anecdotes. Though one would not guess it from reading annual reports, most organisations can’t really tell how effective they are.

‘Who you gonna call?’

The expansion of results-, evidence-, and learning-based approaches to development over the last two decades has made many organisations see the writing on the wall. They are now working frantically to improve their MEL – or at least look like they do, for the benefit of funders and competitors. With limited in-house resources, external consultants are often brought in as catalysts, someone who can ‘fix’ MEL.

That’s when people like us come in: the kinds of MEL experts and learning advisors who are contracted to design tools, frameworks or processes for a team or whole organisation.  Unfortunately, we tend to work best with those who need us the least.

When organisations bring in external help to address MEL gaps, it is highly unlikely that imported practices will be owned by anyone accustomed to the status quo. Custom and habit are powerful motivators, and when new formal procedures are introduced that clash with existing practice, chances are they will be abandoned in due course. In contrast, those organisations which already have a burgeoning learning culture are unlikely to think they need the services of external consultants. That means that many MEL professionals continue to sell their services to (failing) clients, with little hope of having an impact.

Why doesn’t it work?

All too often MEL systems are deployed in a purely extractive manner, harvesting results and narratives that can be used for reporting and fundraising. When upward accountability is the overriding priority, organisations often engage in performative or retroactive MEL. It is performative when it creates the appearance that learning is taken seriously, in so far as the same claims are made over and over again in increasingly flashy reports and presentations. It is retroactive when MEL consists in sifting through past documentation and probing staff for anecdotes and titbits that could qualify as results. And sometimes measuring for reporting can become obsessive, almost displacing implementation work.

This is not to say reporting is not important (it is!). But when the primary aim of MEL is something else than just reporting or fundraising – like, say, learning – it is typically done in a different manner. True learning approaches are much more interactive and co-productive, involving a change in mindset as much as a change in tools. The introduction of a learning agenda can only succeed if it is done as part of a broader change management process: a top-to-bottom rethink of staff capabilities and culture, day-to-day practices, and what counts as ‘the job’ for people who would usually do not do ‘the MEL thing’ (after all, James Bond didn’t write reports).

Both MEL consultants and the organisations that hire them are well aware of the importance of ownership in order to make meaningful, sustainable changes. That is why we are seeing in consultants’ terms of references and funding proposals a growing emphasis on how ownership can be strengthened or introduced:  participatory approaches, consultation meetings, opportunities for feedback, and so on. But the bottom line is the same: MEL tools or processes are still often created primarily by external people and then handed over to programme staff to be ‘owned’.

So when and how does it work?

MEL needs to be a part of organisational vision, structure, and processes.

The challenge of ownership is easier to tackle during a critical juncture, such as strategic review or internal reorganisation process, when almost everything is temporarily unsettled and there is a consensus on the need for change. During such critical junctures, existing habits and customs have already been challenged, and there is no ownership yet for a clear vision or a new organogram. Fluidity in goals and practices makes it more likely that new ideas will find purchase.

And about tailored, fit-for-purpose and co-designed options

For external support to have an impact, it must be given the requisite access and space to understand an organisation’s identity and needs. The complexity inherent to an unsettled team calls for context-sensitive and tailored tools and processes, instead of ready-made, off-the-shelf MEL products. MEL experts should not behave as salespeople or motivational speakers, but as critical friends: trusted outsiders who can accompany an organisation during a critical time, co-developing ideas, trialling them, and iterating on what works. They should assess whatever MEL already exists – either formally or informally – and build on it, identifying inefficiencies that can be abandoned and incrementally tweaking what already works.

Ultimately, it’s about understanding the boundaries of what external people can do

Consultants and learning partners can seldom change a learning system or organisational culture – it just does not work like that. What they can do is interrogate existing practices, introduce new ideas, and support change processes already underway to ensure lasting, transformative impact. They are a multiplier for homegrown change initiatives, not a substitute.

So don’t hire MEL consultants to sell you tools or tell you what to do. Hire them because you need a critical friend along the path of organisational change. Own, then learn – not the other way round.

18 Responses to “We created this MEL system for you, now please own it!”