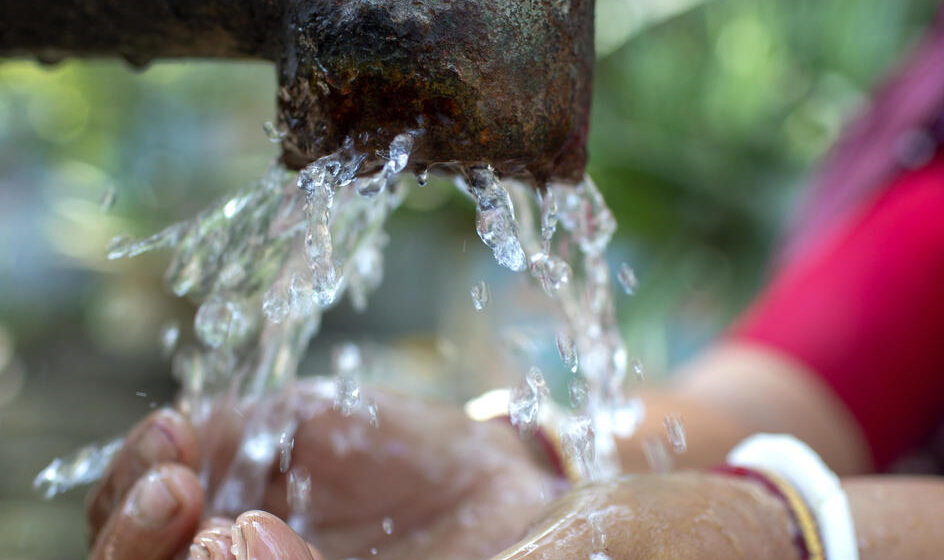 I took part in a fun podcast recently on ‘water for development’. I was in the company of some people who actually know about the subject (Michael Wilson, Rosie Wheen, Melita Grant and Rachel Mason Nunn). I was playing my favourite role in this final wrap-up conversation of a series of discussions, that of informed ignoramus burbling on about how change does/doesn’t happen. Here’s some tidied-up excerpts from the transcript. Or you can listen to the podcast here. Previous WaterAid post setting out the case for change here.

Good Will Hunters · Winter Series 6 – Melita Grant and Duncan Green, where do we go from here?

Michael Wilson: Duncan, many of those we’ve talked to over the past five episodes of the podcast have emphasized how much is already known about the water crisis. And that many of the solutions to the crisis are also known. So how do you think we can explain the puzzling inertia that exists in pursuing the Sustainable Development Goals?

Duncan Green: I think activists have a real dilemma – being right is not enough. And yet many activists think that if they’re right, that should be enough. And they get very angry that people aren’t listening to them. They say, ‘look at all these papers, these peer reviewed articles – we’re right. Climate change is happening; we need to change the way water is provided. Why aren’t you listening?’

One of the things I find useful in terms of trying to understand these ‘drivers of inertia’ is unpacking it into ideas, interests and institutions. If you’re a leftie, you often assume that the reason something’s not happening is because there’s some rich person who is benefiting from the status quo and blocks change. And that’s sometimes true.

But often it’s not interests; it’s institutions. Institutions sometimes don’t have procedures that can cope with what you’re suggesting – maybe agencies only have five year time horizons, and you’re saying this is going to be a 20 year project.

But in this case, I think ideas could be one of the really interesting blocks. One of your previous interviewees, Mina Guli, said ‘there’s no people focused call to action. There’s no North Star’, and that phrase really stuck with me. Another interviewee, Alison Baker said too much has been left to the engineers and the technocrats. I found myself wondering whether it’s actually a problem as well as a great thing to have a fantastic organization like WaterAid. Because then everyone else says ‘OK, we can leave water to them’. There isn’t a ‘PovertyAid’ or a ‘FoodAid’ and maybe that’s why you get bigger coalitions working on poverty and food.

Rosie Wheen: Melita, how would you characterize what you see as missing to really get that collective action on the water crisis?

Melita Grant: Well, as the water geek myself, I’m very happy to have a go with this question and show you the truth! At the moment, we have 2 billion people living without safely managed water and 3.6 billion people living without safely managed sanitation. These numbers globally, are, of course, appalling when you consider the health, livelihoods, well being implications of those billions of people, including children. But when you look at the graph of how these numbers have been moving over the last 10 years, we find that literally, we’ve moved from around 61% of people in the year 2000, with safely managed drinking water to now around 74%. So that’s an increase of 13% in 20 years, which of course is far too slow, but it is moving in the right direction. For sanitation, it’s even more challenging. We’ve gone from around 20% of people globally, to 54%. 54% of people in the world with safely managed sanitation. Again, far too slow, but it is improving.

I think it’s really useful to have clearly defined international goal and targets. But I do also agree that many of the ways that the management of our water resources locally and globally are a classic case of tragedy of the commons. In essence, I’d say we’ve designed a system that encourages people to focus on themselves and their own immediate needs, while disincentivizing collective action and accountability. Our societies are largely focused on extrinsic values, like wealth and success and power, etc. Rather than intrinsic values – the concern for others social justice, connection with nature. And I would say that this is fueled by political leaders running in short term political cycles.

I don’t think we are lacking that international coalition or organizational framework. But I think that we’re lacking in the vision and the values piece.

Duncan Green: Lots of people don’t believe or understand graphs and percentages. So if you are not allowed to use graphs, or percentages, because you’re trying to convince those people, what do you do?

Climate change activism has gone a bit further than water activism on this. There, Alex Evans says we need to tap into religious myths, such as the stewardship of of creation, which is present in all major religions. Water is so big across all the major religions, flood myths, baptism, cleansing before prayer, so are water activists thinking big enough to say, ‘how do we build links with the major religions and religious leaders of faith organizations, which are, after all, the organization’s most trusted by poor people around the world?’ Is water activism ambitious enough to start thinking on that scale, rather than who’s got the best graph?

Another possible comparison is with the women’s rights movement. It’s a real movement. It’s dispersed, not one organization or one aim. And it’s spread into all sorts of unpredictable areas of policy-making and practice, and influenced the underlying norms of how people see the human condition. It might be interesting to ask, how could the water movement learn from the women’s movement?

One Response to “What’s blocking progress in fixing the Global Water Crisis?”