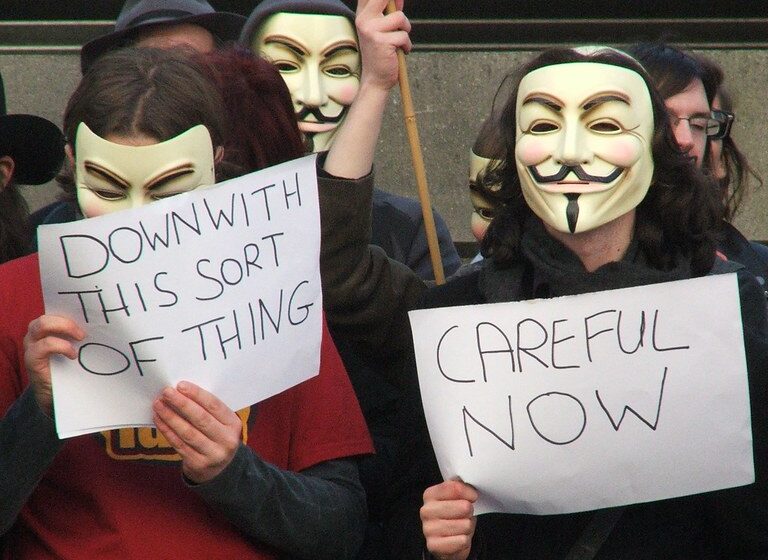 A researcher got in touch this week to interview me for a scoping study for a funder that wants ‘to explore whether and how philanthropic actors can support movements as they move from political disruption to shaping political processes and outcomes… to identify gaps, and ultimately, to design a programme that complements existing projects.’

Firstly, chapeau to the philanthropist for actually trying to find out if there’s a gap that needs filling, before jumping in with the chequebook.

I’m increasingly turning to twitter for ideas on this kind of thing (apologies if you find all the requests for links and suggestions irksome, but I love the variety of what comes in). This post combines some of the twitter traffic with the conversation with the researcher.

First the premise: that social movements should ‘move from political disruption to shaping political processes’. I kind of agree with that – when a movement like Extinction Rebellion surges and then loses traction, it seems a missed opportunity that they struggled to engage with the slower-moving cogs of public policy that ultimately have to deliver what they are calling for.

But the counter argument is also strong, that in the ecosystem of politics, it’s fine for outsider protest movements to stay that way – others can play the insider role. And it’s very hard to combine the two – over the years, I’ve noticed an asymmetry, whereby insiders are happy to use the political space opened up by insiders, whereas the outsiders get very annoyed with insiders for muddying the waters and blurring the narrative. Add to that the fact that most people tend to temperamentally favour collaboration or conflict, not both, and you don’t see that many individuals or organizations finding it easy to combine the two.

Second the ‘how’. How do organizations support social movements? There are an expanding number of offers of training, and toolkits galore, with an increasing number from the Global South or more horizontal structures that seek to bridge the North-South divide (e.g. the Ayni Institute ht Maria Faciolince or SDI ht Lucy Stevens).

What might constitute a gap is mentoring – finding people who have been there, to support those who are currently engaged in disruptive struggle, which is exhausting, difficult and often dangerous. Mentoring is difficult and expensive, but I think is definitely worth exploring. Check out RhizeUp as a possible model (ht Thomas Dunmore Rodriguez).

Third, the ‘what’: Lots of advice on how to design strategy and choose tactics, increasing amounts on building narratives, on the nuts and bolts of movement organizing, on defending civil society space against attack, and on how to enter the arena of formal politics, monitor elections, put up candidates etc.

There are also a lot of initiatives aimed at preparing ‘next gen’ leaders, although I’m not sure how effective they are – another possible area for research.

Two gaps that I think are worth exploring are downtime v spikes and domestic fund raising.

Downtime v spikes: A lot of attention in the training goes on how to trigger and maximise a surge of protest. But almost no social or protest movements stay in surge mode for more than a few months (back to XR). A lot of activists experience the decline in the numbers on demos etc as a failure, but actually that’s just how things work.

Why not then look more to what they do in the downtime between surges, at the grains that coalesce to trigger the next surge, or at getting ready to ensure that the next one has more impact on policy? Those grains are often more long-lived, deeply rooted organizations like trade unions, or neighbourhood associations, or identity-based groups. Helping them consolidate, build networks and prepare for the next big window seems like something worth investing more in.

Domestic fund raising: There are numerous conversations in the aid sector about ‘localization’ – pushing power and decision-making closer to the ground and away from donor or INGO HQs in the rich countries. But all the talk has generated precious little action – in 2019, according to the OECD, developing country-based civil society organizations received directly just 6.1% of total aid spending (although they got more as subcontractors via INGOs, but that comes with a whole lot of other baggage).

In my heart of hearts, I think these well-meaning attempts to separate money and power, to keep the pipers playing, but stop them calling the tune, will always face huge obstacles. You may convince a donor to hand over power, but the next financial crisis, change of leadership, or scandal is always likely to make them revert to type – because they can, and it’s safer that way.

So maybe the gap that needs filling here is helping protest movements raise funds locally, rather than from international aid. OK, I’ve been banging on about this one for a while (why is there no ‘fundraisers without borders?). The gap is not just how to raise money locally or from the Diaspora, but how to deal with the constraints and problems that would inevitably accompany that fundraising too – after all, a change of piper doesn’t necessarily solve anything.

Thoughts and links (I accept that these ‘gaps’ may not actually be gaps, just gaps in my knowledge!)

5 Responses to “Who is helping protest movements engage with Policy Makers (and is that a good idea)?”