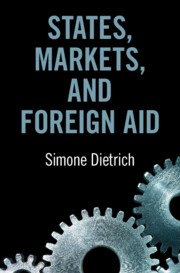 Back in the day, when I was doing advocacy on trade and globalization, I was struck by the extent to which the underlying assumptions of International NGOs resembled those of their governments – the liberal Anglo-Saxons targeted European subsidies, or northern tariffs, both of which they argued damaged southern producers. The French and Germans often seemed more interested in protecting the rights of southern governments to regulate their economies. I used to joke that it was like owners who resemble their dogs (please note, I am not saying which is the dog, which is the owner in this comparison).

That seemed even more the case with aid ministries, which are, after all, part of their governments. Donors from laissez-faire governments feel more comfortable promoting the private sector or NGOs, while being suspicious of ‘the blob’ of the state; donors from statist governments are happier doing loads of technical assistance and capacity building of ministries and officials.

A new book by Simone Dietrich, an academic at the University of Geneva, delves into that question and sure enough, via an impressive combination of quantitative and qualitative research covering 23 OECD countries, finds that what she calls ‘neoliberal’ governments’’ aid programmes tend to bypass the state, while those of more statist governments are more likely to be channelled through developing country governments.

What’s more those institutional biases within donors have a (very) long shelf-life. She sees FCDO and USAID essentially still channelling Thatcher and Reagan’s world views on the evils of the state/wonders of the market. And public opinion doesn’t matter that much – Germans get just as annoyed as Americans when they hear about state corruption diverting their aid dollars, but the German aid programme still does a lot less bypassing of states than the US one.

Confirming what everyone in the aid business probably thought anyway is useful, but the book also leads to implications that I think are interesting.

Shaped by their own histories, Aid donor ‘priors’ will largely trump evidence of what works. There’s a bit of wiggle room, through which particularly successful programmes or determined leaders can depart from the norm, but in the end, they are highly likely to be dragged back. Statists gotta do what statists gotta do. Ditto the neolibs.

So if you have a particular innovation you want to push, work out whose biases it is aligned with, and go there first. Don’t try and swim against the tide/work against the grain – it’s exhausting and you’ll probably drown.

Coordination between donors within the same ideological camp is always a lot easier than anything that attempts to cross the divide. ‘Like-minded groups’ are probably the way to go, even though they don’t get everyone in the room.

Recognizing that, perhaps not all donors should be in all places. If state-building is deemed a priority then donors who are set up to do such work should shoulder the load/lead the effort. If goods delivery to individuals via NGOs or the private sector is a priority then go with the neolibs.

Alternatively, she thinks aid donors may all be converging on the neoliberal, more state-sceptic version of events (I disagree, but don’t know the French and German aid programmes well enough to judge – views?)

Which raises the obvious question, what to do when both the state and non-state actors struggle to turn aid dollars into sustained progress? That is, after all, where an increasing amount of aid has been heading in recent years, via the focus on ‘fragile states’ (which often have pretty fragile private sectors and civil societies as well). Does this add further fuel to the case for focussing on global public goods (climate change, vaccines) rather than trying to work against the grain of both camps? Or does a ‘pockets of effectiveness’ approach make more sense, finding pockets of state effectiveness for one set of donors; pockets of private sector/civil society effectiveness for the other?

Missing from all this is the rise of new donors, especially China. Are they showing the same pattern? A lot of them are very state-centric (not just China, but the Gulf states, maybe Turkey), which is presumably creating a boost for state-centric aid, and compensating for any drift towards the Anglo-Saxons from France and Germany.

I have a feeling that more implications for donors and others can be squeezed out from these findings, and would welcome suggestions – from Simone or anyone else. Over to you.