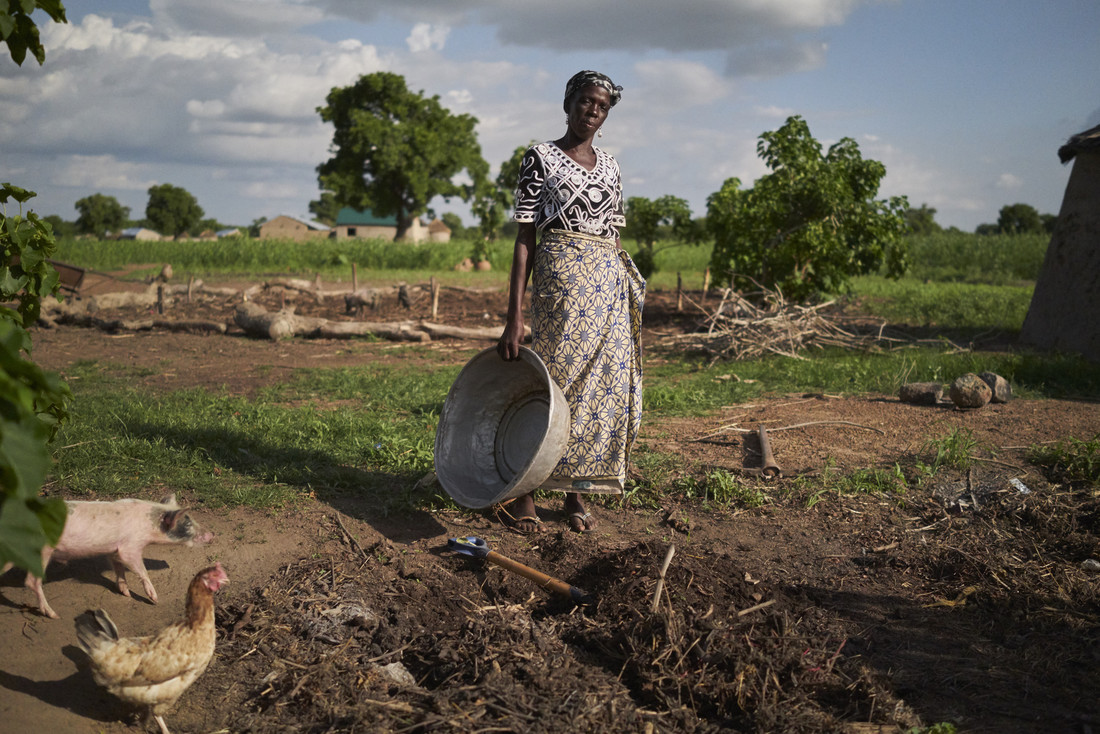 The economic fallout from the coronavirus pandemic could push half a billion more people into poverty unless urgent action is taken to support developing countries, Oxfam warned today.

The agency is calling on world leaders to agree an economic rescue package ahead of key meetings of the World Bank and International Monetary Fund (IMF) and G20 Finance Ministers next week. This should include debt relief and direct financial support – to provide the $2.5 trillion the UN estimates is needed to keep poor countries and communities afloat.

Oxfam’s new report Dignity Not Destitution presents fresh analysis which suggests between six and eight per cent more of the global population could be forced into poverty as governments shut down the majority of their economies to manage the spread of the virus.

As many as 434 million more people may be pushed into extreme poverty by the crisis – living off less than $1.90-a-day. 548 million more could fall below $5.50 a day. The crisis could set back the fight against poverty by a decade, rising to as much as 30 years in regions such as sub-Saharan Africa, the Middle East and North Africa. Over half the global population could be living in poverty in the aftermath of the pandemic.

The analysis was conducted by researchers at Kings College London and the Australian National University. It is published in full today by the United Nations University World Institute for Development Economics Research.

Danny Sriskandarajah, Oxfam GB Chief Executive said “Right now, many people up and down the country will be feeling very anxious about money and bills. Those who have the least are being hit the hardest, and this worrying new research shows that the pandemic could force half a billion more people around the world into poverty.

“For the billions of workers in poor countries who were already scraping by – pulling rickshaws, picking tea or sewing clothes – there are no safety nets such as sick pay or government assistance. As tourists stay home, orders are cancelled and factories closed, imagine how hard it is to feed and protect your family when your income has vanished overnight.

“Our world is facing a huge challenge, but we can get through it if we pull together. Next week’s World Bank and G20 meetings are an important opportunity for world leaders to collaborate on a joint economic rescue package to protect the most vulnerable people. Immediate actions such as suspending debt repayments for developing countries would free up vital funds for healthcare and cash grants to those who have lost their income.

“The choices being made now could have profound implications for our collective future. We must build back better; permanently changing our economies to create a fairer, more sustainable world.”

Micah Olywangu, a taxi driver and father of three from Nairobi, Kenya, who has not had a fare since the lockdown closed the airport, bars and restaurants, told Oxfam that “This virus will starve us before it makes us sick.”

An economic rescue package would enable poor countries to provide cash grants to those who have lost their income and to support vulnerable, small businesses. It would be paid for through a variety of measures including:

Delivering the $2.5 trillion the UN estimates is needed to support developing countries through the pandemic would also require an additional $500 billion in overseas aid, with the international agency calling on rich countries to follow the UK’s lead in meeting its promise to provide 0.7 per cent of national income in aid.

Oxfam estimates $160 billion is needed to boost poor countries’ public health systems and $2 billion for the UN humanitarian fund. Beyond the immediate response required, all countries need to have the capacity to build back better. This will require more creative thinking on emergency solidarity taxes to make sure the poorest aren’t paying the greatest price, such as a greater taxation on wealth, an end to tax dodging, or a Financial Transaction Tax, to help avoid further entrenching the fallout of this crisis.

Dignity Not Destitution: An Economic Rescue Package for All is available on request

In 2018 there were 3.4 billion people living on less than $5.50 per day according to the World Bank. Researchers used mathematical models to predict how many more people would fall below World Bank poverty definition lines of $1.90, $3.20 and $5.50 a day based on a 5, 10 and 20 per cent drop in individual income. A 20 per cent drop would mean an estimated 547.6 million more people living on less than $5.50 a day.  Taking the range of estimates into account, researchers predict a 6 – 8 per cent rise in poverty compared to 2018 levels.

News outlets are reporting that over one million garment workers in Bangladesh have lost their jobs as a result of orders being cancelled or suspended. The percentage of women working in the garment industry in Bangladesh is from the World Bank.

Figures for Ghana from Diloá Jacob Bailey Athias of Development Pathways, based on UNDESA population figures

Figures for Ethiopia are from Development Finance International