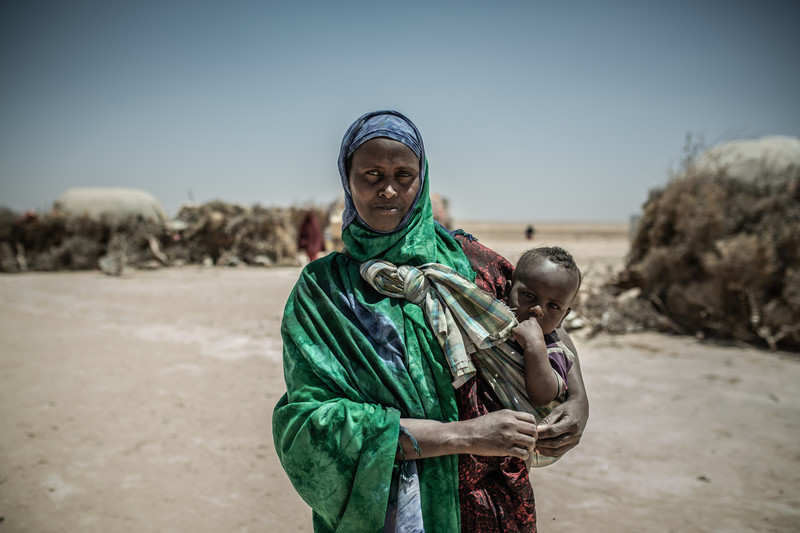 More than 52 million people in 18 countries across Africa are facing crisis levels of hunger as a result of extreme weather, compounded by poverty and conflict, warned Oxfam today.

Some areas are facing a second extreme drought in four years while, in others, drought has been followed by severe flooding as climate change disrupts normal weather patterns.

Parts of Zimbabwe have had their lowest rainfall since 1981 which has helped push more than 5.5 million people into extreme hunger. Zambia’s rich maize-growing region has been decimated and exports are banned in a bid to help 2.3 million people who are going hungry. The situation is worsening in Angola, Malawi, Mozambique, Madagascar, Namibia and Zimbabwe.

Drought has hit the East and Horn of Africa, particularly Ethiopia, Kenya and Somalia, destroying harvests and livestock. Cereal prices in some areas have rocketed to a five-year high, pricing out poorer people. Nearly seven million people in the region are living just below the catastrophic hunger line.

At the same time, record-breaking temperatures in the Indian Ocean have dumped heavy rain on Kenya and South Sudan, causing flash flooding – especially along major river arteries. South Sudan has declared a state of emergency with more than 900,000 people hit by floods.

Kiri Hanks, Oxfam’s Climate Policy Advisor said: “Millions of already poor people are facing extreme hunger because of compounding climate shocks that devastate vulnerable communities. Parts of Zimbabwe have had the lowest rainfall for 38 years while South Sudan is suffering devastating flooding. It is a vicious cycle where poor and marginalised communities, mostly women and girls, are more exposed to the climate crisis and less able to cope and recover from its harm.”

Scientists have demonstrated how climate change is increasing the frequency or severity of many extreme weather events. Oxfam estimates that as well as the demand on resources from the current crises, the 18 countries have collectively suffered average annual losses of over £540 million ($700 million) from climate-related disasters over the last decade. However, there has been minimal progress globally in raising funds specifically to help countries cope with the loss and damage from climate change. Africa contributes less than five percent of total global carbon emissions but is suffering some of the most severe impacts of the climate crisis.

As officials gather ahead of the African Ministerial Conference on the Environment in Durban, South Africa (11-15 November), Oxfam is urging African ministers to demand that industrial nations honour their promises to avoid escalating human and financial costs and to pay for damages.

Mithika Mwenda, chief executive of Oxfam’s partner, PAJA, said: “We’re seeing people trying to cope with shifting seasons and erratic rainfall by finding new ways to make a living. Women are coming together to pool their resources through small internal lending communities, buying food together, growing sweet potatoes instead of maize – all without outside support. Local people have the solutions but what they lack is resources, especially funding. African leaders should look to support these community solutions to build up people’s resilience to climate change.”

Oxfam is currently helping more than seven million people in ten of the hardest-hit African countries with food and water, and long-term projects to help people cope better with climate-related shocks. Oxfam plans to reach 10 percent of those most in need in these ten countries and is trying to raise £50 million ($65million) to do so.

Photos and videos are available.

In 2013, world leaders at the COP19 climate summit agreed to establish the Warsaw International Mechanism for Loss and Damage which outlines the responsibility of rich developed nations to help communities overcome the loss and damage from climate disasters. Since then, negligible progress has been made in ensuring financial support for loss and damage to these communities.