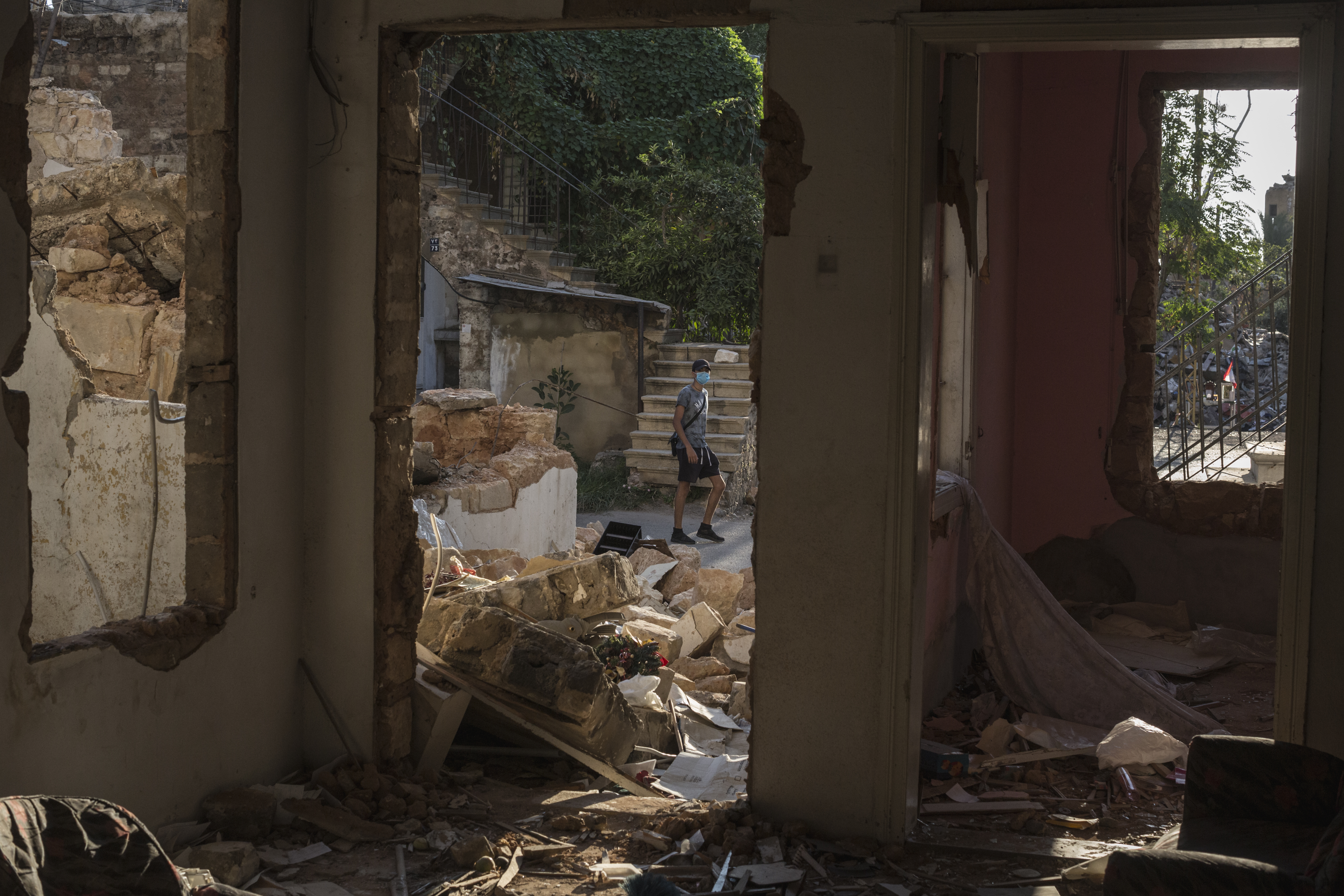 One month since the massive blast in Beirut, tens of thousands of vulnerable people are unable to rebuild their homes, with a front door costing the equivalent of two months’ salary for a worker on minimum wage, Oxfam warned today.

Prices of basic building materials have soared due to inflation as residents struggle to recover from the devastating blast (4 August), which blew out walls, windows and doors across the city. The cost of a single square metre of glass to replace a broken window has rocketed from $16 (£12) before the explosion to $500 (£377), while the average price for a door is $500-$1,000 (£377-£754). The minimum wage in Lebanon is just under $450 (£339) per month.

Longstanding inequality, massive inflation and the COVID-19 pandemic have compounded this humanitarian disaster leaving tens of thousands of people in desperate need of support. As coronavirus cases surge, the cost of a single test is $100 (£75) and well out of reach for most people.

Bachir Ayoub, Oxfam’s Policy Lead in Lebanon, said: “Huge inflation has meant the cost of basic materials needed to rebuild homes and businesses is out of reach for thousands of people who were struggling to get by even before the blast. These families need urgent assistance to recover from this disaster and rebuild their lives.”

The blast came at a time when thousands of people where already on the brink after the value of the Lebanese pound dropped by 80 percent since October last year. It is estimated that half the population was living below the poverty line, cash was almost impossible to access, and restrictive measures to contain the pandemic prevented casual workers from getting to work.

Ayoub said: “Following the blast, an estimated 70,000 more workers are now jobless. Half of all wholesale, retail and hospitality establishments near the blast site have been destroyed.

“In the most affected areas, the majority of people are low- and middle-income workers who earn the minimum wage or less. Most of them have lost their jobs in the port or the businesses in the devastated areas. Many people are unable to put food on the table, let alone repair their houses.”

Oxfam is working with Lebanese organisations to support over 9,000 people with emergency cash and food, medical services, mental health support, legal assistance and help to repair and rebuild homes and businesses. This humanitarian response is focusing on the most marginalised groups in society such as people with disabilities, the elderly, women and girls at risk of violence, migrant workers, refugees and the LGBTQ+ community.

Oxfam is calling for fair and just distribution of aid to provide critical support to these vulnerable communities and people who will be unable to cope and rebuild their lives without targeted and transparent aid.