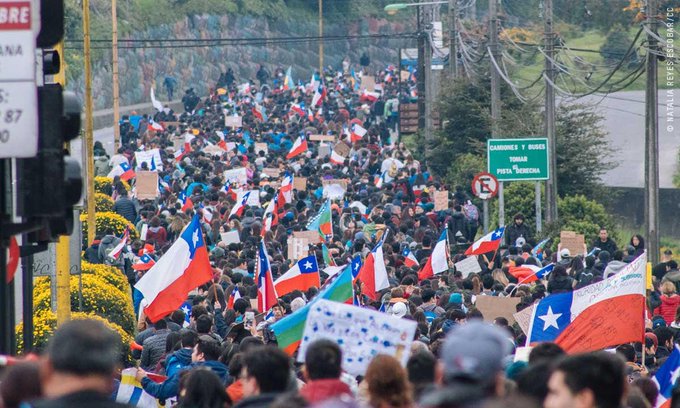 Over 80 per cent of the International Monetary Fund’s (IMF) Covid-19 loans recommend poor countries hit hard by the economic fallout from the pandemic adopt tough new austerity measures in the aftermath of the health crisis, Oxfam warned today.

New research shows that since the pandemic was declared in March, 76 out of 91 IMF loans – 84 per cent – negotiated with 81 countries push for belt-tightening that could result in deep cuts to public healthcare systems and social protection.

It comes after the World Bank projected that up to 115 million more people will fall into extreme poverty this year, the first increase in more than two decades.

Ana Arendar, Oxfam Head of Inequality Policy said: “At a time when the progress against poverty is being set back decades, this is exactly the wrong instruction for the IMF to be giving poor countries. It is nothing short of unacceptable that the IMF is using its power to make life harder for people already struggling to survive. Millions more people are likely to be left without healthcare or income support while they search for work, thwarting any hope of a sustainable recovery.

“This austerity drive will hurt the countries it claims to help and flies in the face of the fund’s own research findings, showing it worsens poverty and inequality. The IMF must not repeat the mistakes it made in the aftermath of the 2008 financial crisis, where ordinary people paid the price for austerity measures. Instead, it should press countries to boost investments in universal health and education and ensure the richest individuals and large corporations pay their fair share of tax.”

Countries which receive loans are being encouraged to roll back social protections put in place since the beginning of the pandemic. These include:

– In Ecuador, healthcare and burial services collapsed in April, yet the government has been advised by the  IMF to backtrack on increases in healthcare spending and stop cash transfers to people unable to work. A recently agreed $6.5 billion (£5bn) loan, includes cuts to fuel subsidies which poor people rely on. A year ago, Ecuador’s president, Lenín Moreno, was forced to cancel a disputed IMF-backed austerity package after protests left several dead

– 14 countries including Barbados, El Salvador, Lesotho and Tunisia are likely to freeze or cut public sector wages and jobs, which could mean lower quality of healthcare and fewer nurses, doctors and community workers in countries already short of healthcare staff. Tunisia had just 13 doctors per 10,000 people when Covid-19 struck. In Costa Rica, protests have erupted against the government for seeking a $1.75 billion(£1.35bn) loan from the IMF in exchange for austerity measures, including public sector wage freezes

– Nine countries including Angola, Nigeria and Malawi are likely to introduce or increase the collection of value-added taxes (VAT), which apply to everyday products like food, clothing and household supplies, and fall disproportionately on poor people. Unemployment in Nigeria has surged to 27 per cent, the highest in at least a decade

Oxfam and Development Finance International analysis released last week revealed that governments failure to tackle inequality ―through support for public services, workers’ rights and a fair tax system― left them woefully ill-equipped to tackle the Covid-19 pandemic. The IMF has contributed to these failures by consistently pushing a policy agenda that seeks to balance national budgets through cuts to public services, increases in taxes paid by the poorest, and moves to undermine labour rights and protections. As a result, when Covid-19 hit, only one in three countries, covering less than a third of the global workforce, had safety nets for workers to fall back on if they lost their job or became sick.

The analysis also found that just 8 out of 71 World Bank health emergency response projects approved between April and end of June this year aim to eliminate healthcare fees, which are prohibitive in at least 56 of these countries. Out-of-pocket healthcare expenses hit the poor and women the hardest and, prior to the pandemic, pushed 100 million people into poverty every year.

Meanwhile, the World Bank has mobilized $6 billion (£4.6bn) for its Covid-19 Fast Track Facility and has pledged $160 billion (£124bn) in emergency funding centered on healthcare and social protection – but has refused to cancel the $3.77 billion (£3bn) (or $10 million (£7.7m) a day) in debt owed to it by 73 of the world’s poorest countries this year. 64 countries, including Kenya, Pakistan and Zambia, spend more on debt repayments than healthcare.

Download ‘Behind the Numbers’, Oxfam’s new dataset on spending, accountability, and recovery measures included in the IMF’s Covid-19 loans

Last week, more than 500 organizations and academics from 87 countries released a statement urging the IMF to stop promoting austerity, while the Fight Inequality Alliance, a growing global coalition of civil society organizations and activists of which Oxfam is part, organized People’s Assembles against inequality in over 10 countries across Africa, Asia, Europe and Latin America.

Download the Commitment to Reducing Inequality Index (CRII), which reveals governments’ catastrophic failure to tackle inequality left the majority of the world’s countries woefully ill-equipped to deal with the pandemic ―just one in six countries was spending enough on health when the virus struck. The index ranks 158 governments on their policies on public services, tax and workers’ rights, three areas pivotal to reducing inequality and weathering the Covid-19 storm.