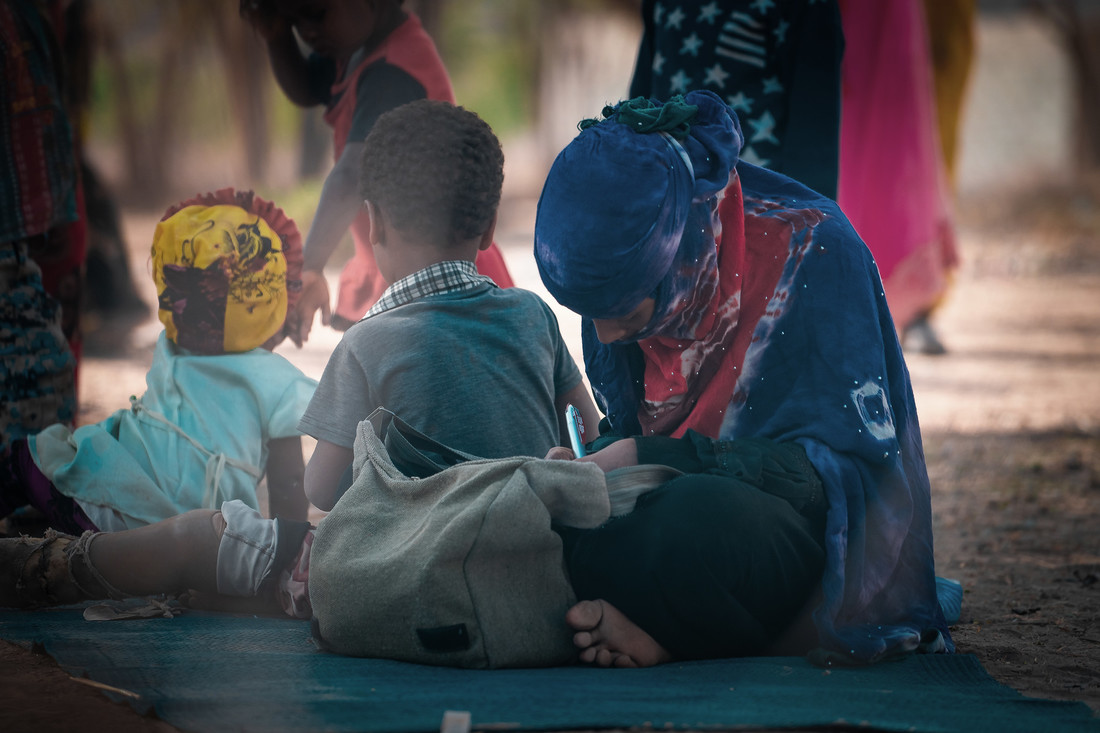 Conflict, rising food prices and plummeting incomes in Yemen are forcing people to resort to desperate measures to stave off hunger, Oxfam said today. The warning comes as rich countries meet in Geneva to pledge aid for the humanitarian crisis in Yemen which has left almost ten million people one step away from famine. Since the escalation in conflict in 2015, food prices in Yemen have soared while household incomes have plummeted, pushing the costs of basic foods beyond the reach of many.

Oxfam spoke to families in Amran governorate in the North who, hungry and isolated after fleeing their homes, have been forced to marry off their daughters – in one case as young as three years old – to buy food and shelter to save the rest of the family. Although early marriage has long been a practice in Yemen, marrying off girls at such an early age in desperation to buy food is shocking.

Younger girls are usually spared consummating the marriage until they have reached 11 years old but before that are made to do household work in their husband’s home. Nine-year-old Hanan used to go to school but since she was married, she has had to stop.

Hanan said: “My mother in law keeps beating me, and when I run away back to my father’s house, my father beats me again for running away. I don’t want to be married. I just want to go back to school.” Hanan’s parents, who also married off her three-year-old sister, said they knew marrying off their daughters at such a young age was wrong, but felt they had no choice because the dowry paid in return was the only way of keeping the rest of the family alive.

Oxfam’s Yemen Country Director Muhsin Siddiquey said: “As this war has gone on, people’s means of coping with devastating levels of hunger have become more and more desperate. They’re being forced to take steps that blight their children’s lives now and for decades to come. This is a direct result of a man-made humanitarian catastrophe caused by the conflict. The international community needs to do everything in its power to bring an end to the fighting and ensure people have the food, water and medicine they so desperately need.”

Fighting has forced many families to flee to isolated areas that lack basic infrastructure with no schools, water networks, proper sewage disposal systems or health centres. Many of them are living in small tents or mud houses which offer little protection against sun, rain or freezing temperatures during winter nights. With no income and limited job opportunities, many families can’t afford enough food and resort to skipping meals, eating only bread and tea, buying food on credit, or begging.

Yemeni families can number up to 15 people, including older members who need special care and medication, further increasing living expenses which are already unbearable.

In surveys late last year of people in Taiz, in southern Yemen, who had received assistance from Oxfam, 99 percent said the adults in the family had reduced how much they ate to give more food to their children and 98 percent had cut down the number of meals they were eating every day. More than half said they had borrowed food from friends or relatives. Almost two thirds of people said they had taken on debt. In almost all cases this was to buy food, medicine or water.

Just over a week ago, Yemen’s internationally recognized government and the Houthis agreed on the first phase of a withdrawal from the key port city of Hudaydah, following talks between the parties in Sweden in December. Reaching the agreement has been slow and it’s not yet clear what, if any, impact it will have.

Siddiquey said: “Donors meeting today in Geneva to pledge assistance to Yemen need to make sure there’s enough funding to get vital food, water and medicine to meet people’s basic needs. But only an end to the conflict can halt the downward spiral that is forcing people to take desperate measures. All warring parties and their backers need to fully commit to a nationwide ceasefire and take concrete steps towards a lasting peace.”

Case studies of families affected by hunger in Yemen are available here. All the children’s names have been changed.