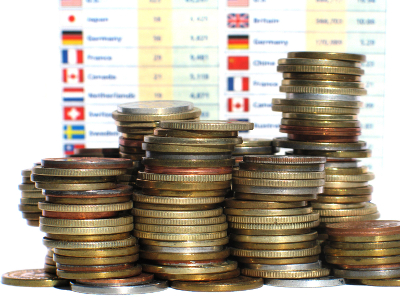 Today (31 January) is the deadline for people to submit their tax returns,

Most people, whether low earners with income just above the tax threshold or high earners paying the highest tax rate, take pride in playing fair with the rest of society – they will stay up late declaring every penny earned and refrain from playing fast and loose with the tax rules.

But some people don’t play by the rules.

Oxfam has published a new briefing revealing that illegal tax evasion by some of the country’s wealthiest people is depriving society of £5.2 billion a year.

The charity says that this missing revenue – the equivalent of nearly £200 per household – could go a long way to helping people get out of poverty, at a time when thousands of families are being forced to turn to charity food banks. Research from Citizens Advice Scotland shows the use of food banks in the country doubled in a year.

The missing tax is enough to:

Oxfam Scotland says tax evasion is unacceptable – especially at a time when the UK Government’s austerity measures are hitting the poorest people the hardest. The Government’s own estimates say that the 1 per cent cap on benefits uprating will force an extra 200,000 children into poverty by 2015/16.

Head of Oxfam Scotland, Judith Robertson, said: “It is sickening and immoral that tax evaders get away with their actions, while thousands of the poorest families in Scotland are being forced to go to charity food banks for a meal, or go without heating when it’s freezing outside.

“For more than three decades the gap between the richest and poorest in this country has been growing and growing. If we had fair play in taxation, we could close that gap and raise billions to provide for the services and basic social protection that we all rely on.”

Last week Oxfam, as part of a coalition of 100 leading charities, launched the Enough Food IF campaign calling on the UK and other governments to set new global rules to stop big companies dodging tax, whether in the UK or in poor countries, so that millions of people can free themselves from hunger.

At the World Economic Forum David Cameron pledged commitment to use this year’s G8 to tackle tax avoidance and evasion, and to take tough action on this issue at home.

Judith Robertson said: “The Prime Minister’s promise to clamp down on tax evasion is welcome, but we need to see him act on this.  The vast majority of people in this country want to see radical action to rein in tax dodging – and now.”

The government’s targets for clamping down on tax evasion are either low or impossible to ascertain. HM Revenue & Customs’ Affluent Unit, for instance, has a target of pulling in just £600 million by 2015. But HMRC’s own estimate of the ‘tax gap’ – including evasion and avoidance by individuals and companies – is £32 billion a year.

Oxfam is calling for the government to do everything it can to ensure that every single penny of due tax is paid, by increasing resources at HMRC and ensuring that offshore tax havens agree to the automatic exchange of all information with the UK through bilateral agreements.

Judith Robertson said: “The current targets are simply far too low. £600 million is a drop in the ocean compared to the billions that are actually owed. We must get back all of this lost revenue, not only to help fix our economy, but to reverse cuts to support mechanisms that the most vulnerable need and to stop the shame of poor people in Britain going hungry in the 21st Century.”