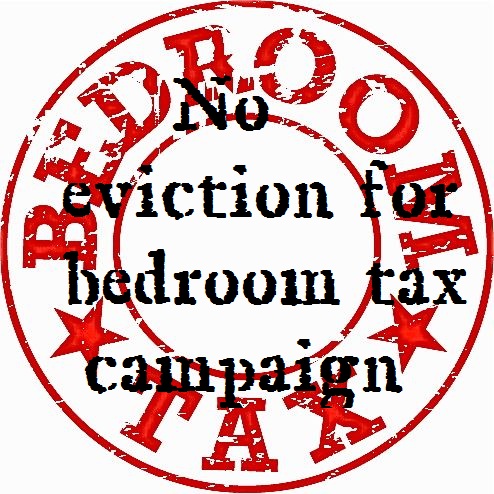 Oxfam Scotland is backing a change in the law that will help tenants affected by the controversial cuts to housing benefit stay in their homes in Scotland.

The charity, which works with partners in Scotland to fight poverty and create sustainable livelihoods, is supporting a petition to the Scottish Parliament by Govan Law Centre, calling for an amendment to existing housing law.

The amendment will mean that rent arrears caused by the so-called ‘Bedroom Tax’ can’t be used as grounds for eviction by social landlords like councils or housing associations.

Government changes to housing benefit mean that, from April, people who are judged to have a ‘spare room’ will face a massive 14% cut in the support they get to keep a roof over their heads. Those with two ‘spare rooms’ will face a 25% cut.

Judith Robertson, Head of Oxfam Scotland, said: “Last year our Humankind Index for Scotland found that an affordable, decent and safe home is the top priority for Scots across the country. But housing benefit cuts will put thousands of people at risk of losing their homes. People on low incomes are already struggling.

“We recognise that social landlords are being placed in a difficult situation by these housing benefit cuts, but our priority surely has to be to keep families in their homes. The change in the law proposed by Govan Law Centre will help make sure that happens.

“We hope MSPs will support the petition, and we hope the UK Government realises the enormous damage these cuts will have on people.”

Govan Law Centre’s Principal Solicitor, Mike Dailly, said: “We are delighted that a leading global anti-poverty charity has decided to back our ‘No Evictions for Bedroom Tax’ petition in the Scottish Parliament.

“Oxfam’s support for our Scottish campaign underlines the seriousness of the situation, with the prospect of tens of thousands of low income households in Scotland being threatened with homelessness unless they can find extra money for rent, and many families being pushed into destitution and poverty.

“We believe the Scottish Parliament has devolved powers which could be used to significantly mitigate the adverse impact of these changes to housing benefit, and hope that MSPs will join civic Scotland in supporting our No Evictions campaign”.