Jamie Livingstone, Head of Oxfam Scotland, spoke at today’s ‘More In Common’ event in Portobello, Edinburgh. He spoke alongside Kim Wallace, a former Oxfam colleague of Jo who organised the event, and Maureen Child, the Councillor for Portobello and Craigmillar.

“I know some of you here knew Jo Cox personally. I’m genuinely sorry for your loss and thank-you for sharing this event with those of us who didn’t know Jo. I’m head of Oxfam Scotland and I’ve been asked to speak today because Jo worked for Oxfam in a number of different advocacy and campaign roles from 2001 for 8 years. I have been asked to reflect on Jo’s work and to place this event today in the wider context. It was while working as Head of Advocacy in Oxford that Jo met her future husband, Brendan. Over the last week, I have watched and listened as
colleagues who worked with her have tried to come to terms with what happened, but also as they have shared their memories of Jo.

Oxfam is a big organisation – people come and people go. But what has struck me is the enormous depth of feeling and respect for Jo. Those who worked closely with her described her as a “diminutive pocket rocket from the north”, as a “ball of energy” and as someone who was “always smiling, full of new ideas, of idealism, of passion.”. Jo was particularly passionate about humanitarian issues. She devoted herself to the plight of refugees -including those fleeing the conflict in Darfur in Sudan. She fought their cause in Khartoum but also in world capitals
from Washington to Berlin to London. And she continued to champion her deep humanitarian values s an MP, particularly in relation to Syria.

As her husband Brendan said last night, it seems clear that Jo was killed because of her views. She is sadly not alone in having paid that price. Across the world, hatred – and the violence that so often flows from it – are all too common. People are being killed because of the causes they believe in. On average, more than three people are killed each week defending their lands. Around 70 journalists are killed every year simply because they are journalists. Women are murdered just for being women. And we have, of course, witnessed a string of distressing examples of hate leading to
violence: the mass kidnapping of girls in Nigeria; the murder of tourists on a Tunisian beach and of concert-goers in Paris; and the shooting of 49 gay men and women in Orlando.

No-where is immune to intolerance, and the violence flowing from it. Last year (2014-15), here in Scotland, on an average day there were more than 10 charges for race crimes reported to police and, across just a single year (2014-15), there were more than 500 hate crimes linked to religion, and more than 800 linked to someone’s sexual orientation. This is a global problem: people feel less safe to speak their views, and tolerance is in short supply. Jo Cox dedicated her life to the struggle against this injustice and intolerance. Click the photo for more images… 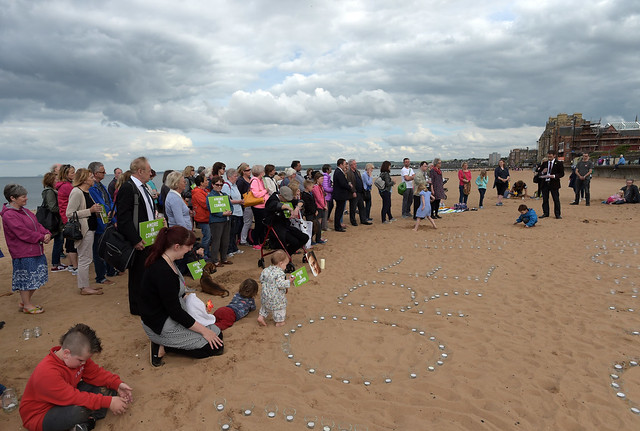 Jo’s death has delivered a sudden jolt to the world to look at itself anew: to our politicians; to our journalists; to all those who campaign for the causes they believe in; to me and to you. In the last few days, members of parliaments everywhere have been asked to “stand together to stem the poisonous rising tide of fear and hate that breeds division and extremism”. Too often the rules of acceptable behaviour in society have been mangled toward isolationism, greed and intolerance undermining the core values of humanity. But we cannot simply point the finger of blame: we
all need to confront this challenge. When you see such hatred in action, it can feel like the world is entering a frightening new phase. It can also be too easy to think we’re helpless to influence it. But things do change, things can and do get better – if we fight for them. And, as Jo showed, just because something’s hard – doesn’t mean we should abandon the fight. Each generation has the responsibility to defend and renew hard-won freedoms, to reject hate and to protect and grow a culture of peace and tolerance. Sometimes it might feel uncomfortable, sometimes it is
dangerous. But it is necessary.

When we talk about politicians we – and they – often talk about their legacy. Jo Cox never got the chance to complete what she wanted to achieve in her life. But she has inspired something in all of us, and we now have a chance to secure a legacy. Not just for Jo – as I doubt she would have valued personal glory – but for those she championed. And we’re not alone. At this very moment, people around the world are doing what we are doing: in London, in Washington, in Sydney, in Nairobi, in Brussels, in Beirut, and – of course – in Batley.

Earlier this week a former director of campaigns at Oxfam said this: “Jo was Fearless. Or at least could make herself appear to be when it mattered.” We may all be a little fearful right now, that’s understandable. But we must also be a bit more fearless in saying that we have more in common than that which divides us. When there’s one less voice for good in the world, the rest of all have to be that bit louder. By joining together today – you’re already part of that process. Thank you.”

Above is the speech Jamie made today (please note: actual delivery may have been different).