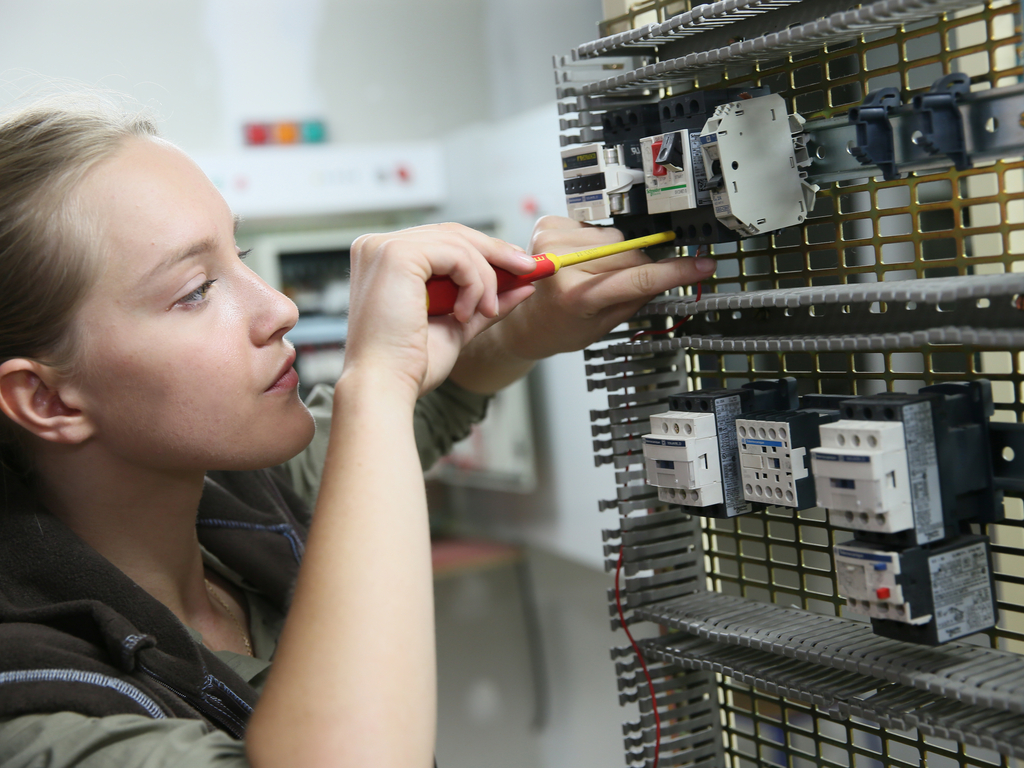 This International Women’s Day, Oxfam Scotland’s Policy Officer Rhiannon Sims discusses how the Business Pledge can be used as a tool to #BalanceForBetter.

Today, on International Women’s Day, the UK Government Minister for Employment, Alok Sharma, is visiting Oxfam’s Future Skills project in Reading. Participants of the project will tell him their success stories, but also some of the structural barriers to employment they have faced, including low pay, insecure work, lack of flexibility and unaffordable childcare. These are all issues where the UK government could take bolder action to support women’s economic empowerment.

Although not all employment powers lie at Holyrood, there is also more the Scottish Government can do to address the issues our participants have experienced. Eiman Mirghani, a graduate of Oxfam’s Future Skills project in Glasgow, told us that the main barrier to volunteering she faced was access to affordable childcare but that “with financial help to cover nursery costs during my volunteer shifts, I was able to fully participate.”

Last week, the Scottish Government published the long-awaited Fair Work Action Plan, which includes plans to refresh the Scottish Business Pledge. We’re still digesting whether this refresh will make the Pledge a more impactful tool in ensuring people have access to decent work, and delivering Scotland’s promise on the Sustainable Development Goals.

However, Oxfam welcomes the intention to align the Business Pledge with the National Performance Framework, retaining the Living Wage as a core commitment and introducing an additional core commitment to reducing the gender pay gap – all of which we called for in August last year when we set out our roadmap for how the Pledge could set a stretching vision for what responsible business practice looks like in Scotland.

But for the Business Pledge to be a tool for driving real change, the commitment to reducing the gender pay gap must be underpinned by meaningful action. The previous Business Pledge included a commitment to a ‘balanced workforce’ but what this actually means in practice has remained woefully vague, with no specific actions expected of signatories to tackle workplace inequalities. On top of this, this commitment received by far the lowest uptake by signatories, with less than 40% committing to making improvements on this vague ambition.

But there is no vagueness in the stats which show the extent of labour market inequalities that women face. The overall gender pay gap is still as much as 13.9%, and when only part time work is considers this jumps to almost a third, at 30%. This makes a huge difference when we consider that three quarters of part time workers are women. Women also continue to be paid less for doing the same work, as jobs considered to be ‘women’s work’ are continually undervalued. Women are more concentrated in low-pay sectors and occupations – for example, over 70% of care and leisure-service jobs are held by women, compared with only 10% represented in high-earning STEM sectors.

At our policy forum in June – co-hosted by Oxfam and the University of the West of Scotland – participants noted how diversity goes beyond representation of different groups in the workplace, to how people are treated on a day-to-day basis.

What is needed is a set of concrete actions employers are expected to take to improve gender equality and diversity, and targets to measure progress. These should reflect Close the Gap’s ‘Think Business, Think Equality’ self-assessment tool which supports SMEs to implement better policies for promoting gender equality. This tool includes concrete actions around flexible working, recruitment, progression, promotion and pay, as well as actions to tackle gender stereotypes.

Finally, we are keenly aware that this is a job for all of us, not just government and the private sector. The voluntary sector has work to do to address workplace inequalities and promote a culture of safety, respect and empowerment. To achieve #BalanceforBetter, we all have a role to play.

So, whilst the Fair Work Action Plan is a step in the right direction, for it to make a meaningful difference to gender equality and provide opportunities for people like our Future Skills graduate Eiman, we need to see the Business Pledge commitments underpinned by specific actions for employers to take, and wider Scottish Government policy – such as early learning and childcare – to be bold and ambitious in supporting access to the labour market for everyone.