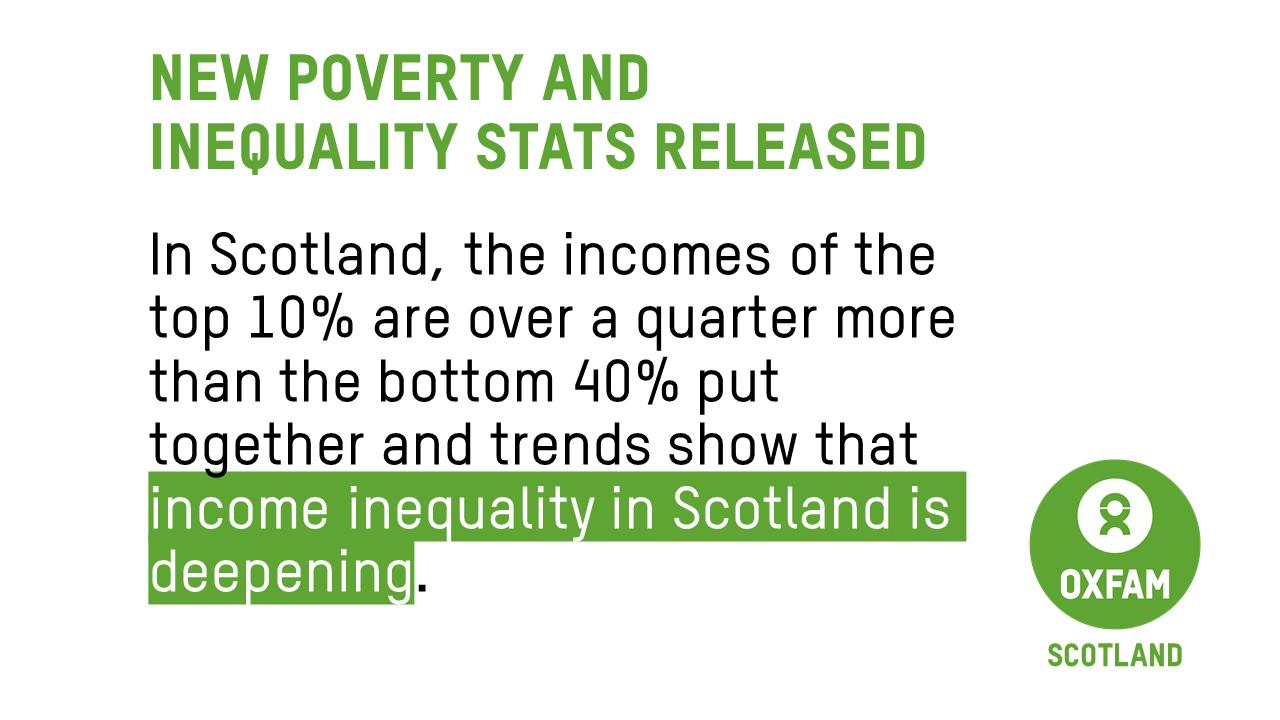 New figures released by the Scottish Government have revealed rising levels of poverty and inequality in Scotland.

The statistics show that a fifth of people in Scotland live in poverty.

The figures also reveal that in Scotland, the incomes of the top 10 per cent of the population are over a quarter more than the bottom 40 per cent put together and trends show that income inequality in Scotland is deepening.

The new figures come after the Poverty and Inequality Commission, which is being placed into statute in July, warned that despite the political focus on poverty and inequality in Scotland there has yet to be an impact in reducing their levels.

Responding to the figures, Jamie Livingstone, Head of Oxfam Scotland, said that while not all powers to narrow the gap rested in Scotland, the Scottish Government must do more to tackle inequality.

Livingstone said: “It’s deeply troubling that the gap between the richest and poorest people in Scotland is continuing to grow.

“If this widening income inequality is left unchecked then it will continue to undermine efforts to tackle rising levels of poverty as these challenges are interconnected.

“The Scottish Parliament must do everything in its power to turn its tough talk on tackling inequality into concrete action if it’s going to make meaningful progress in creating the fairer, more equal Scotland we all want to live in.”