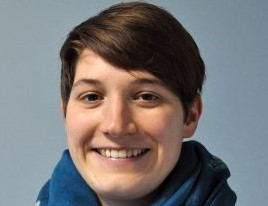 We’ll leave no-one behind. That was the straight-forward commitment made by the First Minister four years when she committed Scotland to the Sustainable Development Goals.

The Global Goals – adopted by 193 countries – symbolise a universal call to action to end poverty, protect the planet and ensure that all people enjoy peace and prosperity by 2030.

At the heart of the Goals is a pledge to achieve them for everyone. Yesterday’s statistics on poverty and inequality levels in Scotland threaten to undermine that promise.

The figures have revealed that a fifth of people in Scotland are living in poverty. We’ve all seen the human consequences: queues outside of food banks, more and more people falling into rent arrears and the highest number of working people in poverty than ever before.

If we’re going to tackle Scotland’s poverty problem, then we can’t think of it in isolation. As poverty levels have risen, so too has economic inequality. We know these challenges are deeply linked: we can’t seek to tackle poverty without also reducing inequality.

In Scotland, the incomes of the top 10 per cent of the population are over a quarter more than the bottom 40 per cent put together.

Poverty in Scotland is not an issue of scarcity; it’s about how our collective income and wealth are shared. Clearly, it makes no economic or moral sense to have so much money in so few hands while one in five people in Scotland live below the breadline. There’s enough wealth in Scotland to give everyone a fair chance in life.

Of course, this trend isn’t just true in Scotland; it’s repeating itself all over the world. Earlier this year, Oxfam revealed that while billionaires’ total wealth increased by $2.5 billion a day, the combined wealth of the poorest half of the world dropped 11 per cent.

Like poverty, there is nothing inevitable about today’s extreme economic inequality and Scotland doesn’t have to be swept up in the tide of rising inequalities.

While not all power to tackle this issue rests with Holyrood, we can use the levers of the Scottish Parliament to do things differently, and to reverse this damaging trend.

We must build an economy that makes people, not profits, the bottom line and, in doing so, demonstrate that global progress towards a more human economy is possible.

Encouragingly, some of the foundations for a fairer country have already been laid in Scotland. Politicians, across all parties, say they want to reduce economic inequality but, despite some welcome initiatives, it is clear the level of action is not enough. A similar warning has also been made by Scotland’s independent Poverty and Inequality Commission.

This summer, the Commission will become a permanent public body, with the power to hold Ministers accountable on their progress towards reducing poverty and inequality whilst also proposing stretching new policy actions.

One of the first issues it is examining is housing wealth inequalities: how the wealthiest 10% own over nine times more household wealth than the bottom 40% combined. Clearly, this is an area where action could be taken to help spread our nation’s wealth more evenly.

Now is the time to act using the full range of Holyrood’s tax and spending powers.

Later this year, both the Scottish and UK Governments will voluntarily report on the progress made on delivering the Sustainable Development Goals.

But it’s already clear that unless our political leaders, at home and around the world, commit to the concrete steps needed to reduce the gap between rich and poor; the Goal of ending poverty will remain out of reach – both globally, and here in Scotland.