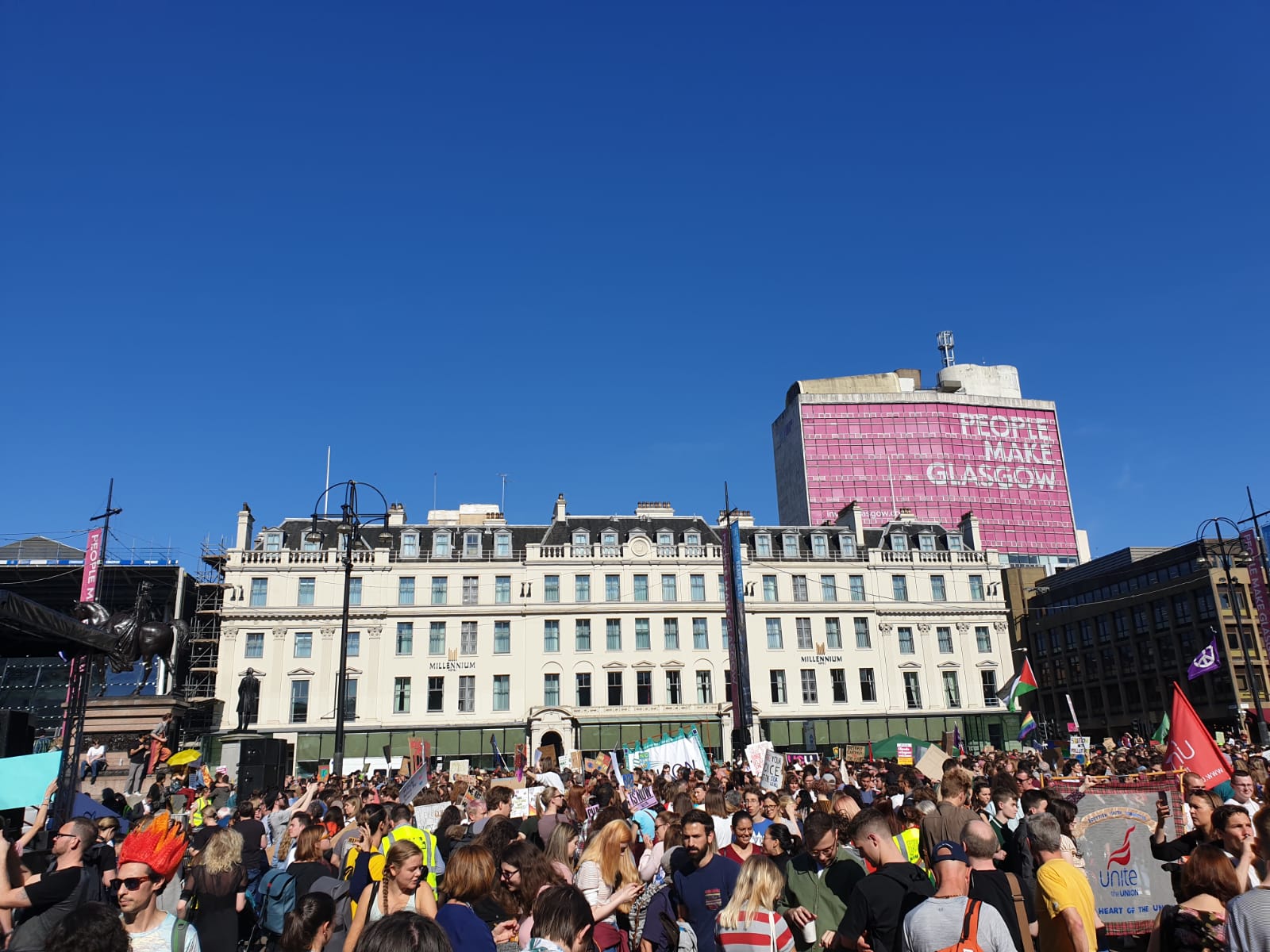 By Jamie Livingstone, Head of Oxfam Scotland and a Board Member of Stop Climate Chaos Scotland

The cogs of global climate diplomacy too often turn at glacial speed.

Four years ago, countries came together to agree a hugely ambitious global deal to avoid climate breakdown. Since then, progress towards delivering it has been far too slow.

This climate emergency is bringing ever more devastation for those on the frontlines: more hunger, more people forced from their homes, more livelihoods destroyed, and more lives lost.

It’s heart-breaking when you meet people left with nothing because of a climate crisis they didn’t cause.

Few expect the emergency response that’s needed to suddenly emerge over the next two weeks as the countries of the world converge for the latest annual climate talks, known as the Conference of Parties.

The talks go ahead against significant odds.

Only a month ago, the Chilean Presidency was forced to withdraw from hosting the event amid domestic unrest.

Spain stepped in at the eleventh hour to ensure the climate talks go ahead.

But there’s turbulence at the heart of the talks too: this is the first meeting of COP since the United States formally lodged the paperwork needed to withdraw from the Paris Agreement.

The misguided stance of America’s current administration means the world’s largest historical emitter is – for the moment at least – being taken out of the landmark deal.

Beyond this, many eyes have shifted to 12 months from now when the talks arrive in Glasgow under UK Presidency.

That’s because the tartan talks coincide with a key milestone within the Paris Agreement.

Countries signed up to the agreement are expected to submit revised, and more ambitious, emission reduction pledges every five years, known as Nationally Determined Contributions (NDCs).

The first time this will happen is next year ahead of COP26 in Glasgow.

The NDCs will set out plans for the critical period to 2030. Scientific evidence shows our chances of preventing global temperatures rising beyond 1.5C above 1990 levels rest on urgent action to slash emissions over the next 10 years.

Without this, the world is on course to crash through this critical threshold.

As global temperatures rise, it becomes more difficult to grow food, and the intensity and frequency of extreme weather increases too, affecting those who have done the least to cause the climate crisis the most.

While the talks in Madrid are unlikely to offer the breakthrough craved by those who have taken to the streets in huge numbers to demand climate justice, they must increase pressure for ambitious new national plans.

This week, a report from the UN Environment Programme said that because of delayed action to date, countries now need to increase their carbon-cutting ambitions five fold to avoid warming of more than 1.5C.

However, at the special UN Climate Action Summit in September, most of the world’s biggest emitters kept silent.

In Madrid, that must change with a clear decision to bring forward new plans quickly.

But these talks must also deliver an emergency package for people being devastated by the climate crisis right now and, encouragingly, climate finance – the money to support vulnerable communities – is high on the COP agenda.

Ten years ago, rich countries promised to mobilise $100bn per year by 2020 to help poor countries reduce their emissions and adapt to the changing climate – since then, climate impacts have spiralled.

OECD data shows that just $71.2 billion has been mobilised for developing countries so far.

Oxfam’s analysis shows that the majority is in the form of loans that must be paid back, with not enough channelled to help the poorest countries adapt.

Once overly generous accounting is considered, we estimate that people in the poorest countries receive funds worth less than a penny a day to protect themselves from growing climate impacts.

Beyond this, COP25 concludes a review of a mechanism to help countries cope with unavoidable loss and damage, including from extreme events and slow onset events, beyond the limits of what it is possible to adapt to.

Here too, progress has been slow with no mechanism in place to fund it some six years after it was established. Agreement must now be reached to plug this gaping hole through a ‘polluter-pays’ approach.

Finally, this COP is a chance to put gender justice at the heart of all climate decisions, in recognition that women are often more vulnerable to climate-fuelled disasters due to existing inequalities. National climate plans must take full account of the impact of policies on women and boost female participation within decision-making processes.

World leaders can make the COP in Madrid matter. Doing so requires the cogs of climate collaboration to turn much faster – and what oils those cogs is climate finance.

The next two weeks must pave the way for a COP in Glasgow that’s memorable for more than the five-year anniversary of the Paris Agreement. Glasgow must be the turning point in tackling the climate emergency.

This opinion piece was first published in The Herald on Monday 02 December 2019.