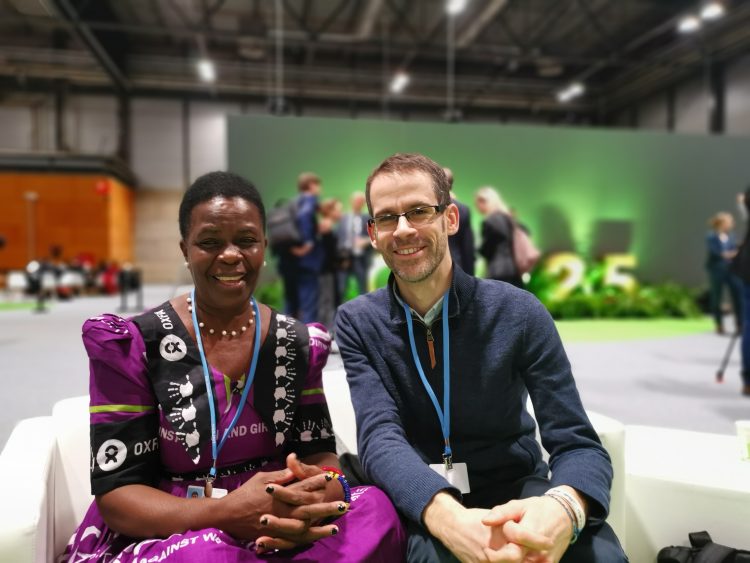 It says a lot when even the lowest of expectations end in bitter disappointment and boiling anger. Hardened veterans arrived for this year’s UN climate talks in Madrid with little hope of a long-sought ‘breakthrough moment’. Those low expectations were sadly proved right. Not even extra time, with the talks extended for two days, could make the difference. The world is screaming out for action but this summit has responded with a whisper.

In truth, much of the script for this episode of the now 25-year soap opera was focused on important, but often technical discussions. But while the world burns, the diplomats talk, and talk, and talk. The big plot twists – we are promised – will instead happen in national capitals over the next few months with each country expected to enhance their plans to cut emissions between now and 2030. It is critical they do so quickly. The deadline is the talks in Glasgow next November.

In the meantime, many decisions were either placed on pause or stuck firmly in slow-motion in Madrid and these negotiations, known as COP25, have done little to inspire optimism. Not even Greta Thunberg could manage to press fast-forward. Flanked by a mob of security and media, she has been an ever present and ever more articulate advocate for young people’s rising anger. But even before the final outcome was issued, her judgement on the speed of climate action was damning.

“The real danger” she warned a meeting of all 196 nations, “is when politicians and CEOs are making it look like real action is happening when in fact, almost nothing is being done”. The 16-year-old added sharply, but fairly: “This is not leadership. This is not leading. This is misleading.”

Too many rich, high polluting countries failed to make Madrid matter for poorer countries on the frontlines of a crisis which they did little to cause. For them, this soap opera already has a devastating ending. Too few countries committed to publishing enhanced emission reduction plans quickly.

Not even some Hollywood star dust could get things moving. Harrison Ford joined others from America in declaring “We’re Still In”, despite President Trump pulling the USA out of the Paris Agreement. “Like many of you, I have felt despair for the state of the world, for our future’’ he said. “A future that includes my five children, my three grandchildren, their children. People are scared, angry.”

People like Ilisapeci Masivesi from Fiji, a country whose future is at risk due to rising sea levels. “It’s right there on our doorstep. It’s a matter of our survival”, she told me. “It’s about our identity, our generation, our sovereignty. Where does this all end if we’re not going to get action?”

It’s a fear shared nine thousand miles from Fiji in Malawi, where small-holder farmers, who make up the vast majority of the country’s population, are locked in a devastating cycle of droughts and floods. One of them, Ellen Matupi, carried a simple message to COP25: “The emergency is now, disasters are now, we want relief now.”

The deadline for rich countries to deliver their promised $100 billion per year to help poorer countries reduce their emissions and adapt their lives is 2020. The commitment is the glue that holds together the entire Paris Agreement – but it’s coming unstuck, and it’s eroding trust. “2020 is just around the corner”, said Matupi. “We will see if their promises are true or not, but so far we’re not being helped.”

COP25 brought some new financial commitments, but not nearly enough. While the headline figure of $100 billion per year could still be reached, look closer and too much is given as loans rather than grants, too little reaches those who need it most, and much of the money is re-labelled development funding, rather than being new and additional.

Once more, wealthy countries that got rich from high-carbon activities continued to side-step liability by failing to commit new money to cover losses and damages. COP25 created a path forward through a new expert group which will examine the issue, but the trail is both narrow and very far from certain.

There was better news on gender. Climate injustices don’t just exist between countries, they exist within them too and women are often hit worst of all. The talks brought a promise to enhance women’s leadership in climate decision-making. Realising this commitment is now vital.

But indigenous women from Latin America aren’t waiting for an invitation to lead. In Madrid, they shone a painful light on how their land and human rights are being trampled underfoot by deforestation. As Nina Gualinga, from the Ecuadorian Amazon, put it: “If we don’t listen to indigenous women, we’re not going to get out of this climate crisis”.

We must stick with all those who continue to create and sustain reasons for hope. With those powerful indigenous women. With the islanders standing firm in the face of rising seas. With the farmers fighting for their survival. And with the young people whose influence will only grow more powerful.

Young people like 15-year-old Dylan Hamilton who travelled to Madrid to represent the Scottish Youth Climate Strike. After standing hand-in-hand with Greta in front of the world’s media, he told me: “I do think governments know there will be a lot more back-lash now if they don’t take the right action.”

The talks in Madrid failed. But we cannot give up. And with the tartan talks in Glasgow still 11 months away, it’s more essential than ever that the people’s voice is heard. Together, we can ensure there are better plot twists to come. We have no choice, too many lives depend on it.

Jamie Livingstone is Head of Oxfam Scotland
This opinion piece first appeared in the Scottish edition of The Times on 19 December 2019.