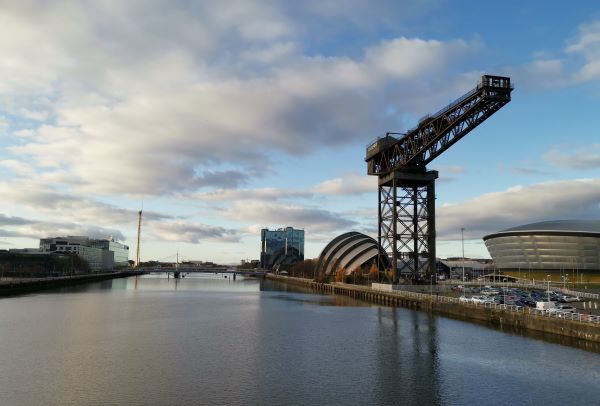 The average Brit will emit more carbon in the first two weeks of 2020 than the citizens of seven African nations emit in an entire year, we revealed today. Oxfam is calling on political leaders to be bold in addressing the staggering injustice at the heart of the climate emergency ahead of COP26 in Glasgow later this year.

Researchers found that someone in the UK will take just five days to emit the same carbon as someone in Rwanda does in an entire year. By 12 January, the average person’s emissions will have overtaken the annual per capita emissions of a further six African countries: Malawi, Ethiopia, Uganda, Madagascar, Guinea and Burkina Faso.

Oxfam has called on the Prime Minister to grasp the opportunity of hosting this year’s UN Climate Summit in Glasgow by taking action to kick start negotiations and ensure that public concern about climate change is translated into action.

Polling carried out by YouGov for Oxfam shows that almost two-thirds (61%) of people in Britain want the Government to do more to address the climate emergency and most are willing to act to reduce their own carbon footprint.

The new poll found that a clear majority of Britons (55%) say they worry about the impact of climate change and as many as 79% of people said they were likely to take one of a number of actions to reduce their carbon footprint.

It comes after polling in Scotland in mid-2019 showed that 70% of respondents supported Scotland taking greater action in transport, food and homes to tackle climate change.

The scale of public appetite for change was also shown last year when 62,000 people pledged not to buy new clothes for 30 days supporting Oxfam’s #SecondHandSeptember campaign.

Oxfam Scotland said that while the Climate Change (Scotland) Act passed by MSPs in 2019 set strengthened legal emission reduction targets, the Scottish Government must now redouble its efforts to make substantial progress by 2030.

Scottish ministers can take strong steps through new legislation in the Scottish Parliament this year, such as the Circular Economy Bill, and by increasing Scotland’s support to the world’s poorest people who are faced with increasingly severe climate impacts.

Jamie Livingstone, Head of Oxfam Scotland, said: “The sheer scale of global inequality when it comes to carbon emissions is staggering.

“It’s a shock to realise that in just a few days our high-carbon lifestyles at home produce the same emissions as the annual footprint of people in some of the world’s poorest countries. We know that people are willing to do their bit towards tackling the climate crisis, but we need to see this commitment matched by action by political leaders at every level.

“Just as large numbers of people are committing to reducing their own personal carbon footprint, we need bold New Year’s resolutions from our political leaders to get us on track to meeting our ambitious emissions targets.

“As Glasgow gets ready to host global climate talks later this year, UK and Scottish ministers need to show that they are deadly serious about leading the fight against climate change.

“In Scotland, last year’s historic climate legislation was only one step towards tackling the climate emergency. We must now show our commitment to meeting these new targets through bold emission reduction action in 2020 and by increasing our commitment towards climate justice for people in countries which have done least to cause this crisis.”