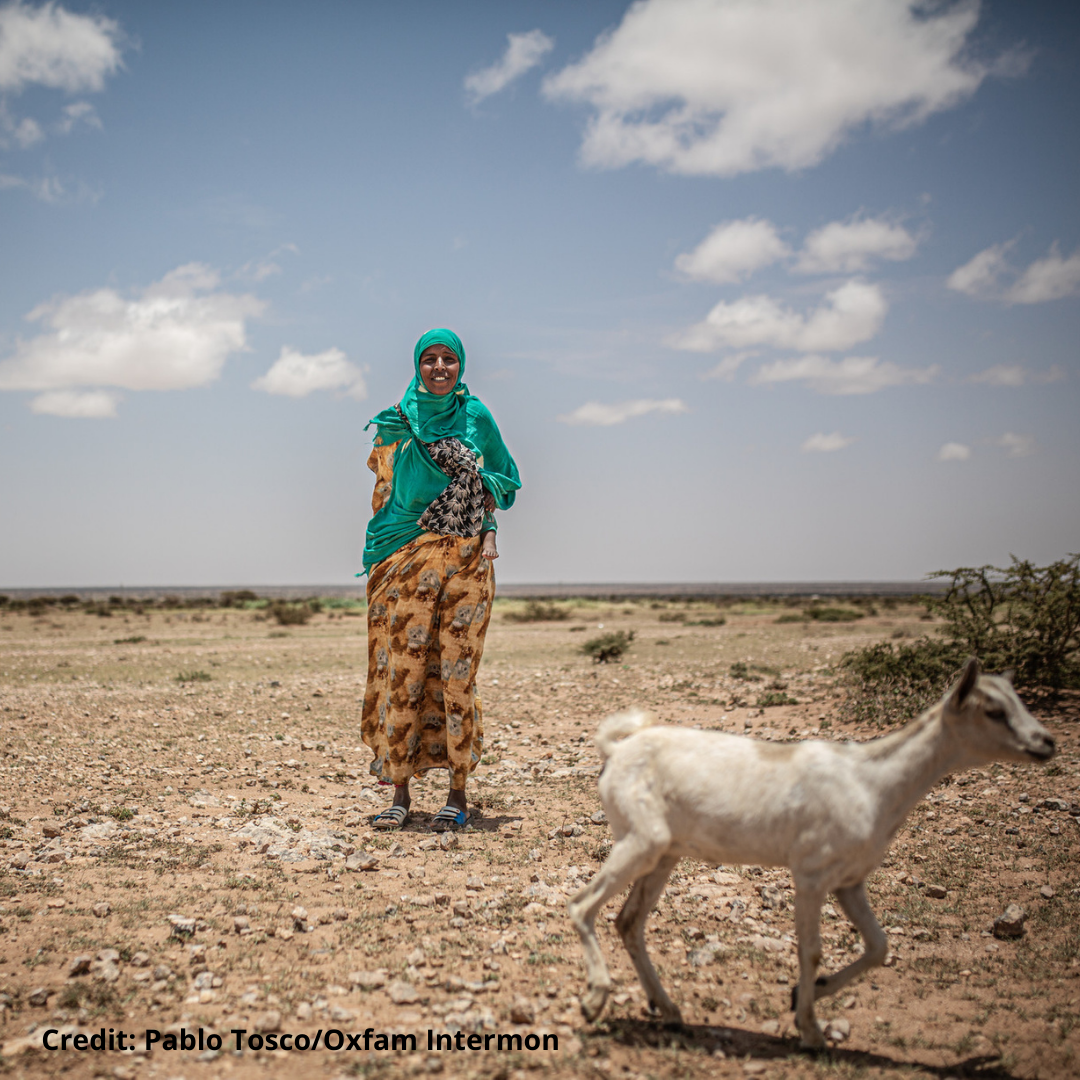 The coalition of 55 Scottish organisations – says that rich nations, like Scotland, who are responsible for creating and sustaining the global climate emergency, must offer poor countries more financial support to help them adapt to the changing climate. SCCS also says that developed countries have a serious blind spot when it comes to compensating poor communities who are losing their lives, homes and livelihoods due to the irreversible effects of climate change.

SCCS is making the call as it releases a new report, ‘Financing Climate Justice: Scotland at COP26’, ahead of crucial global climate talks due to take place in Glasgow in just over a year’s time. The report, produced by SCCS members Jubilee Scotland, SCIAF and Oxfam Scotland, urges the Scottish Government to immediately ramp up its support to the world’s poorest people while urging other nations to do the same.

The Scottish Government’s Climate Justice Fund has been frozen at just £3 million per year 2016. SCCS’ call to increase the Fund coincides with new global analysis from Oxfam showing that rich countries are hugely short-changing those hit hard by a climate emergency they did not cause.

Anne Funnemark, Campaign Director at Jubilee Scotland and author of Stop Climate Chaos Scotland’s report, said: “The climate emergency is, quite literally, costing the earth for developing countries. Ahead of COP26 in Glasgow, rich countries must demonstrate that they will stand shoulder to shoulder with the world’s poorest people by offering more financial support to countries on the frontline of the climate emergency to adapt to climate change while also compensating them for their losses.

“As home to the host city of COP26, the Scottish Government has the opportunity to show global leadership by boosting the support it gives to poor countries via its Climate Justice Fund while encouraging other countries to take similar action.”

SCCS’s plea comes as Oxfam, a member of the SCCS coalition, releases a new global report estimating that countries are over-reporting the true value of their financial assistance to developing countries to help them deal with climate change by billions of dollars.

Oxfam says that of the nearly $60 billion reportedly spent on average per year in 2017 and 2018 on climate finance, the true value of support may be as little as $19-22.5 billion per year. Oxfam says that most of this money is given as loans, adding to the crippling debts many developing countries already face. In addition, only a fifth (20.5 percent) of climate finance went to the poorest countries.

In 2009, developed countries committed to mobilise $100 billion per year in climate finance by 2020 to support developing countries to adapt to the impacts of climate change and reduce their emissions. At the COP26 climate talks in Glasgow next year nations will begin negotiations on a new goal or goals to replace this commitment from 2025. Amid spiralling climate impacts, both SCCS and Oxfam are calling for rich countries to set stronger targets.

The Oxfam report also calls for a new funding mechanism to compensate developing countries for the loss and damage caused by climate change, including land lost to sea level rise and the destruction of homes and livelihoods.

Oxfam says the plight of Mozambique, one of the world’s poorest countries, demonstrates the need for the international community to take urgent action. Last year, Cyclone Idai caused damage which amounted to around half the country’s national budget. However, insufficient aid forced Mozambique to take on a loan from the IMF of $118 million in order to begin rebuilding.

Jamie Livingstone, a Board member of SCCS and Head of Oxfam Scotland, said: “The time is well and truly up for wealthy countries who think that it’s acceptable to respond to the global climate emergency by simply making vague vows to cut their own emissions while using creative accounting to dodge their responsibility to support the world’s poorest who did least to cause the climate crisis.

“When it comes to climate change there is an unmistakable blame but an unheard claim.  Years of stalling and obfuscation by the international community has resulted in an abject failure to adequately support poorer countries who are on the frontline of the climate emergency, or to compensate them for the homes that have become uninhabitable, the land that has become un-farmable, and the lives that have become unbearable.

“The Scottish Government must seize the chance to show that Scotland will not abandon those being hardest hit by climate change to their fate: instead, we will significantly increase the amount of financial support we give poor countries and encourage others to do likewise.

“Doing so now, well ahead of the global climate talks in Glasgow, would send a powerful message to a watching world that climate change is not just a matter of science, technology or economics; it is a matter of justice.”