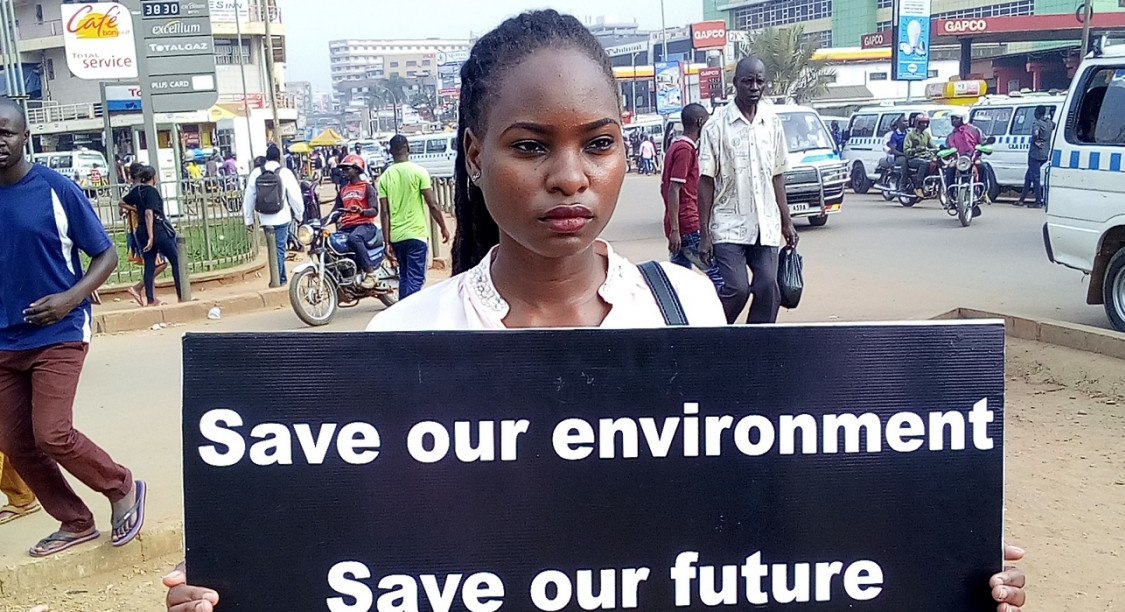 I was a little girl when heavy rains and strong winds washed my family’s crops away in our village in Uganda, where I’m from. Overnight, we lost our source of income and my parents had to sell our livestock and land.

Back then, I didn’t know what climate change was. All I knew was that I had to miss months of school because we could no longer afford the fees. I used to hear my Grandma crying at night because she was worried about how we were going to survive.

It was much later, at university, that I first learned about climate change. It was a light bulb moment which sparked the fire for me to get involved in climate activism. Greta Thunberg inspired me to do my first climate strike in January 2019. It was a disaster; nobody came.

But I kept striking. I knew I was lucky to have survived as a child, and I wouldn’t take my luck for granted. People were and are dying every day due to climate change and I felt a responsibility to act.

Gradually, my friends began to join the strikes and Fridays For Future Uganda was born. We now have over 53,000 members and we’re still growing. We’ve joined young activists from all over the world – including in Scotland – in the fight to protect our future. We are scared but we’re also ambitious, united and persistent.

We are the faces of the climate emergency and our voices deserve to be heard. It’s not good enough that President Biden has only invited select world leaders – nearly half of whom are over 70 and only a handful of whom are women – to his Summit today to discuss and make decisions about our lives and futures without including us.

World leaders have been negotiating about climate change for longer than I’ve been alive but so far they’ve failed to take the concrete action we need to see. Clearly nothing will change unless our voices are at the table. We’re running out of time to get this right.

Concrete climate action requires the whole global community to come together and act, and, as home to Glasgow, the host city for COP26, Scotland must play its part in delivering climate justice. The call from Oxfam Scotland for the next Scottish Government to significantly increase financial support to countries on the frontline of the climate emergency is crucial. The detail of where that money comes from is important too; Scotland should be courageous and raise it by taxing the high emitters that are making the climate emergency worse.

Doing so would send a powerful message to the rest of the world that ambitious emissions pledges must be accompanied by serious financial support to people in countries like mine who did least to cause climate change, but who are being hit hardest by it.

It’s not enough to wish for a better world and future. Governments must act to secure it, and they must act now.

Hilda Nakabuye is a climate activist and the founder of Fridays for Future Uganda. This article originally appeared in The Herald.