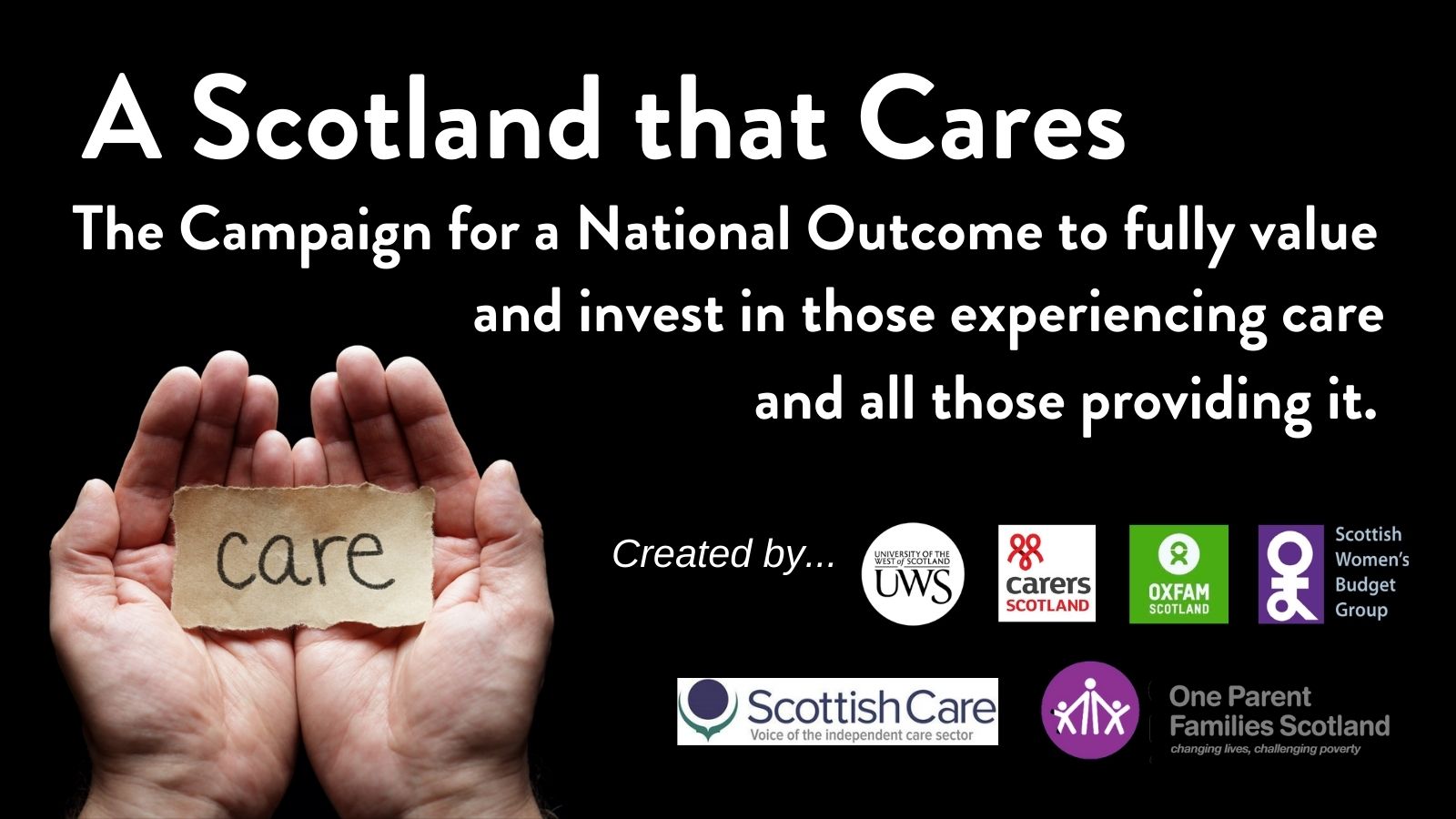 Are you amongst the one in five people across Scotland who now provide unpaid care for someone because of chronic illness, dementia, disability, or older age? If not, like me, you are very likely to know someone who is.

Care is critical to all our lives – after all, everyone needs look after at some point. But, as we once again mark Carers Week, can we truly say that we properly value and reward those who provide it?

Day in and day out, those who provide care do so with compassion and love.

Yet too many of them feel taken for granted while enduring deep personal wellbeing and financial impacts – including poverty, a situation now made worse by the cost of living crisis.

Covid-19 didn’t create this injustice, but it has shone an uncomfortable spotlight on it. New data shows that seven out of 10 people in Scotland now believe that unpaid carers are under-valued by society, with nearly nine out of 10 saying the government should provide more support.

For many, more help can’t come quickly enough: back in March, 41% of unpaid carers surveyed by Carers Scotland were already voicing fears that they would have no option but to use foodbanks. Since then, food and energy prices have surged.

Incredibly, being employed to care – whether in social care or childcare – isn’t a reliable defence against poverty either due to low-pay and poor job security. It’s a situation summed up by home care worker, Ann, who says that she feel like she’s “making a sacrifice to my family doing what I do”, adding: “we can’t do the things we’d be able to do if I had another job”.

Meanwhile, the links between childcare responsibilities and poverty have long been clear too. Even pre-pandemic, 38% of working age single women with children were in poverty – more than double the rate for all working age adults.

Faced with such evidence, we cannot let the high levels of public awareness about the importance of care fade into history as we collectively ‘learn to live’ with Covid-19: we must instead use it to drive meaningful change.

That’s why Oxfam Scotland, Carers Scotland, Scottish Care, One Parent Families Scotland and the Scottish Women’s Budget Group, believe we must lock-in a long-lasting commitment to all those who provide care.

Our joint campaign, A Scotland that Cares, is calling for a new National Outcome to fully value and invest in all forms of care and all those who provide it. Academics at the University of the West of Scotland have developed a blueprint for this Outcome, and more organisations are backing it every day. Now we need the political will to deliver it.

Right now, care and carers are all but invisible in the Scottish Government’s existing 11 National Outcomes, which it claims “describe the kind of Scotland it aims to create” – that can’t be right. Positively, the Government will soon start to review these Outcomes for the first time in five years. Setting a dedicated Outcome on care is not a substitute for immediate action to better support carers, far from it. But it will help drive new policy and spending action and allow us to better track progress.

The Health Secretary, Humza Yousaf, says he wants Scotland to be “the best place in the world to grow old”, an ambition that sits alongside the government’s existing aim to “make Scotland the best place for children to grow up”. Both are welcome, but just like the First Minister’s promised ‘wellbeing economy’, they demand action to better value and invest in care.

While encouraging initiatives are underway or promised – from delivering fair work in social care and improving social security for unpaid carers and low-income families to expanding publicly-funded childcare – progress is slow and shallow.

The Scottish Government, with cross-party backing, must now embed their pandemic-promises to those with caring responsibilities and prove they are fully committed to building a Scotland that cares.

Find out more about “A Scotland that Cares”.

This article originally appeared in The Press and Journal