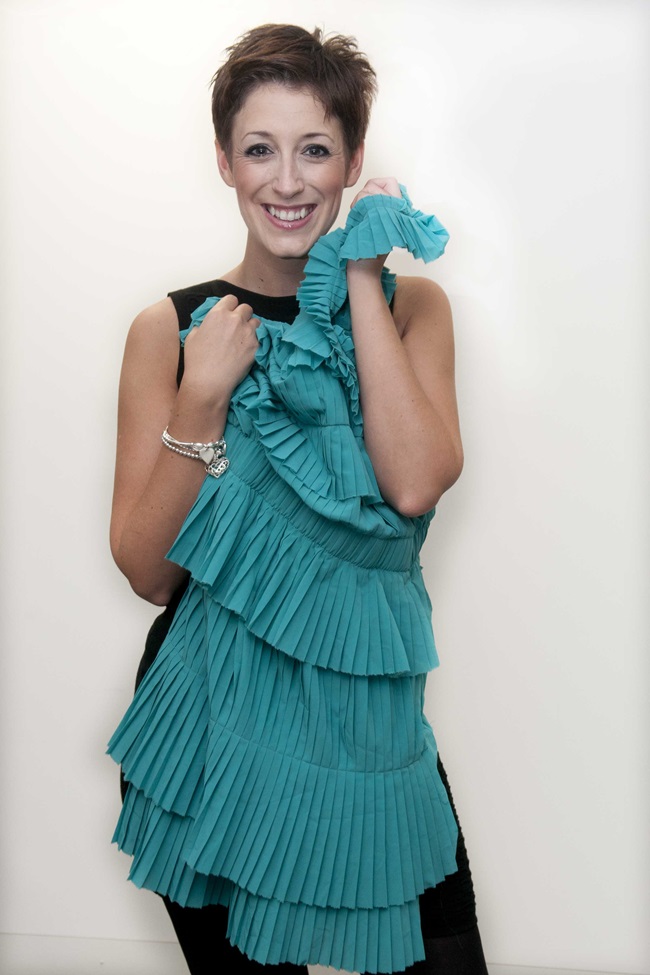 “I think it’s wonderful to recycle clothes, for Oxfam to resell them. A lot of quality clothes should retain their worth, if their cleaned and kept properly. I also think there are cycyles in fashion – what’s ‘out’ today might be ‘in’ tomorrow. I have often bought key and quirky pieces from Oxfam, not just to save on costs, but also it’s so exciting to bring a new lease of life to a piece of clothing and make it personal and special again to a new
wearer.”

Oxfam and Marks and Spencer launched ‘Shwopping’ back in April 2012, to make it easier to give your unwanted clothes a second lease of life.

This Thursday the 3rd of October the ‘One Day Wardrobe Clear out’ will see Oxfam volunteers at M&S stores around the country collecting your ‘Shwopping’ clothes donations.

Welsh singer and actress Connie Fisher is a self confessed shopaholic and clothes have played an important role in her life and career.

“I have to think about the clothes I wear for each occasion carefully. If you’re dressed incorrectly you will get caught out by the weather or look odd on camera. I look for clothes to be functional and funky, and appropriate for each event be it on shoots, a TV appearance or a concert. Over the past seven years I have had varied experiences since I won the part of Maris on BBC1, my wardrobe reflects this variety quite colorfully.

Connie Fisher came to prominence after winning the 2006 BBC One talent contest ‘How do you solve a problem like Maria?’, but it’s not the clothes that she wore on stage that was of most importance to her.

“Working on stage every night wearing a nun’s habit and curtains I found I cared more about what I wore off stage, as that was representation of the real me. I liked to glam up a bit and be sophisticated.

I try and prune the costumes back and only keep the ones I have fond memories of, but it is hard to let go sometimes because each costume tells a story.”

Your donations could help transform someone else’s wardrobe but it could also contribute to lifting the life of someone in poverty in Wales and across the world.

Connie has donated a beautiful green dress brought for a photo shoot for her second album Secret Love. The dress was never worn and this will be on sale in our Boutique Oxfam Shop on St Mary’s Street Cardiff from this Thursday.