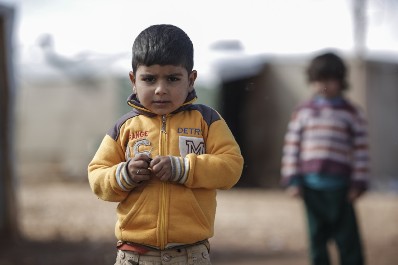 Living in Wales as a refugee or asylum-seeker can be hard. Having fled conflict, persecution or extreme weather, such as drought, people arrive here hoping for a chance to start their life again. And while lots of good work happens, thanks to councils and communities, sometimes, our welcome isn’t as warm as we might like it to be.

In the past few months, the National Assembly for Wales’s Equality, Local Government and Communities Committee looked at some of these challenges, to get an idea of what life is like for people who have fled from persecution, famine and war. Politicians heard from organisations, but important from refugees and asylum-seekers themselves.

The result is a full report calling for changes that will improve the living standards of refugees and asylum seekers here in Wales, and calling for us all to contribute to make Wales a Nation of Sanctuary.

I spoke to Sohail Ali, an asylum seeker from Pakistan who now lives in Swansea, and who gave evidence before the Committee. He stressed that the current situation, especially when it came to housing, services and protecting vulnerable refugees, needed improving;

“People cannot go on to live in a house where everything is broken and dirty. People are treated like animals in these conditions. We need a proper complaint system, where a complaint is recorded, rather than pushed to the side.

“Another big problem is the support given to protect vulnerable refugees, very often children, who have come from the worst condition you could imagine. It is not enough. Young children and vulnerable adults are often left to fend for themselves, with little or no support.

“Public services are another big concern for me. Since I’ve been in this country, the transport system has not been accessible to us, and language lessons have been scarce. Without the full use of the transport and other vital services, how are we supposed to go on? And say, for example, a family has an emergency and needs to call 999, what are they supposed to do, without a word of English?”

As Sohail said, there are areas that need drastic improvements, but Sohail welcomed the recommendations, and the fact that they all targeted the main problems and challenges facing refugees and asylum seekers. By bringing these issues out to the open, people can see for themselves that conditions are simply not good enough, but the report is a big step towards the right direction.

Sohail also saw the report as an opportunity for Wales to develop as a nation;

So let’s be a country that is ready to take this challenge, to become global, responsible citizens.  Join the campaign, and ask your Assembly Members to support the recommendations in the Committee report: