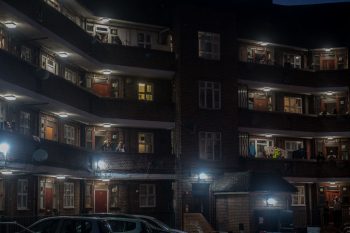 Today over 100, caring, anti-poverty, women’s rights organisations and think tanks have joined forces to issue an urgent plea for politicians in Wales and across the UK to act to protect carers from a growing poverty crisis.

In a joint open letter, the organisations say that carers on the frontline of the fight against the Coronavirus are facing ‘intolerable pressure’, having been undervalued and under rewarded for far too long.

The organisations warn that failing to ensure carers are protected from poverty would be ‘truly unforgiveable’.

The organisations behind the open letter say that an inadequate social security system and poverty wages have left both paid and unpaid carers languishing in poverty for years.

New research by Carers Wales has revealed that 77% of unpaid carers are having to spend more money during the outbreak. The charity Gingerbread has cautioned that measures to limit the spread of the virus will put “huge pressure” on single parent families which were already twice as likely to be in poverty, and the Women’s Budget Group has warned that many low-paid women will not benefit from government support because they earn too little, or are in insecure, temporary and part-time work. The IPPR has called on government to “address the gaping holes in our social safety net”.

The signatories, including 18 Welsh organisations ranging from Oxfam Cymru to Carers Wales, the Women’s Equality Network Wales, the Wales TUC and the Child Poverty Action Group, are calling for carers, both paid and unpaid, to be protected from poverty through increases to social security levels and a boost in cash given to social care providers.

The coalition is calling for increases to key benefits, including Carer’s Allowance and Child Benefit, as well as immediate changes to other social security payments. The organisations are also calling for a significant cash injection into the social care system to enable providers to pay their workers a minimum of the Real Living Wage.

The urgent plea comes as a YouGov poll commissioned by Oxfam shows that:

The coalition highlights that the vast majority of carers across Wales and the UK are women, which reinforces unfair expectations and widens gender inequalities. Many of these women also face age, disability and race inequality. The signatories say there has been ‘insufficient action’ to share care work more evenly.

The letter signatories say that the Coronavirus pandemic has exacerbated carers’ situation placing them under intolerable pressure; with many facing unprecedented levels of danger.

Rachel Cable, Head of Oxfam Cymru, said: “The Coronavirus pandemic has highlighted the fundamental importance of care work to our health, wellbeing and daily lives, both globally and here in Wales. It exposes the ways in which carers continue to be unrecognised and undervalued; it simply isn’t right that many are living in poverty. Today we have one straightforward ask of our political leaders in Wales and across Britain; to act now to end poverty for carers. Governments must commit to caring for carers in the way they have cared for us, and ensure that they have what they need, both at work and at home.”

One unpaid carer from Cardiff told Oxfam Cymru that she was extremely anxious about the impact of Coronavirus. She said she now collected and dropped off her elderly mother’s paid carers from their homes to prevent them from having to travel by bus, reducing their contact with other people. She said: “When you’re caring for an elderly person with dementia and four children at home it’s so stressful. I’m so scared of Covid coming to my house. We’re all OK at the moment but you never know what’s going to happen.”

Claire Morgan, Director of Carers Wales, said: “Carers are getting us through this crisis but in return they need more than a clap; they need a social security net which protects them from poverty, and they need fair wages and contracts. Over three quarters of carers in Wales recently told us they’re being forced to spend more during the pandemic; extra money people simply don’t have. For too long carers have been undervalued and under-rewarded; it’s more than time we cared for carers as they care for us; by making sure they have the support they need both at work and at home.”

Catherine Fookes, Director of the Women’s Equality Network Wales, added: “In Wales, inequality in caring responsibilities are the most pronounced of the UK. Women make up the majority of the nation’s carers and this means that women are at greatest risk of being pushed further into poverty by the Coronavirus. We would like to see UK Government urgently remove the five-week wait for Universal Credit, and after the crisis we’d like to see the Welsh Government’s child care offer extended to all parents for all children from six months.”